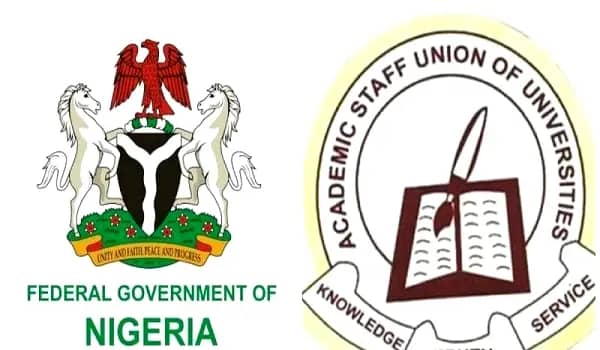 The tired ASUU accusations that the Federal Government of Nigeria does not pay university dons in federal universities salaries that they refer to as “African Average” occasionally jar our ears. They frequently provide excellent “examples” of the pay given to university instructors in African nations like South Africa, Botswana, Uganda, and our neighbor Ghana.

In order to help the federal government and other Nigerian public policy makers craft a constructive course for public universities in Nigeria, I have decided to provide and evaluate pertinent data from those nations (both federal and state-owned).

It is right and reasonable to refrain from using disproportionate comparison ratios when conducting analysis (DCR). In order to determine if tuition fees match the incomes paid to academics at public universities in the four countries, I will present data on the ranges of tuition fees and academic salaries at those institutions.

There are 26 public institutions in South Africa, including the University of Pretoria, which enrolls nearly one-third of all South African students nationwide. The average annual cost of undergraduate tuition for nationals at the university is 36, 000 South African Rand (ZAR) or 880, 480 naira (excluding extra fees that increase the cost for its students) (at the exchange rate of N24.68 to one rand). It should be noted that the cost of attending public universities in South Africa varies depending on the degree programs. The university pays teachers salaries that range from 550,000 to 1,000,000 ZAR year, with the median estimate coming in at roughly 880,214 ZAR, or 21, 723, 681.52 naira. Only roughly 27 pupils would be able to cover this pay. Consider any federal university in Nigeria, where students are not required to pay tuition. Can even 100 students cover a professor’s annual salary? No is the obvious response.

According to the university’s published fee schedule for the academic year 2020–21, undergraduate tuition costs (for nationals) are calculated per credit unit (with a minimum of 30 units per session) and vary by degree program as follows (students have the option of paying the fees in four equal installments):

Therefore, the University of Botswana’s minimal annual tuition rates are:

The lowest pay for instructors at the institution is 8, 320 pula ($648), while the highest pay is 27,200 pula ($2,121.68). (highest). Do the arithmetic, and you’ll discover that only 12 students in non-engineering and non-medical programs can pay a professor’s annual salary in tuition (excluding additional expenses)! Tell me, can 12 undergraduate students from Nigeria pay all of the fees and still cover one professor’s salary for even a quarter of a year at any of the federal universities. Isn’t the solution plain to see?

The tuition at Makerere University is paid every semester and varies depending on the degree programs, same like at the University of Botswana. Undergraduate tuition costs are listed below and are expressed in Ugandan shillings (Shs), which convert to $1 at a rate of approximately 3,785.47Shs to the Sh:

Therefore, ignoring other costs such as the Council for Higher Education (which is comparable to Nigeria’s National Universities Commission) fees and others, undergraduate students from Uganda and East Africa at Makerere University pay between $768.60 and $1,660 every session.

It has been noted that even if the Federal Government did not increase professors’ salaries by 35%, Nigerian professors would still make somewhat more money than their colleagues at Makerere University, which charges its students more than 300,000 naira every session in tuition and other expenses!

Conclusion: A dispassionate reader might draw the conclusion that, while high tuition fees are directly correlated with high academic salaries at South African universities and the University of Botswana, the situation is the exact opposite at Makerere University and Ghanaian public universities, where academic salaries are not alluring despite the fact that they are relatively high.

The instance of Nigeria, however, is distinct from all of those previously mentioned cases: Federal institutions don’t have tuition fees, but the professors who oppose them want to be paid similarly to their colleagues in Botswana, South Africa, and any other nation where academics are paid more than they are in Nigeria. I believe that in order to attract and keep the brightest minds from both within and outside of Nigeria, ASUU needs to submit its arguments for public “accreditation” and review. In addition, the federal government should essentially turn over control of its universities to their respective governing councils, allowing them to set their own tuition fees and other fees while paying their staff whatever salaries they can afford. Budgetary allocations or interventions from the federal government through organizations like TETFUND and NUC should be supplemental, not the main source of support. The time for empty pretension is over!

Advertisement
Related Topics:Comparing apples to apples with ASUU MATTER
Up Next

Ikenga Ugochinyere is wanted by the Imo government.