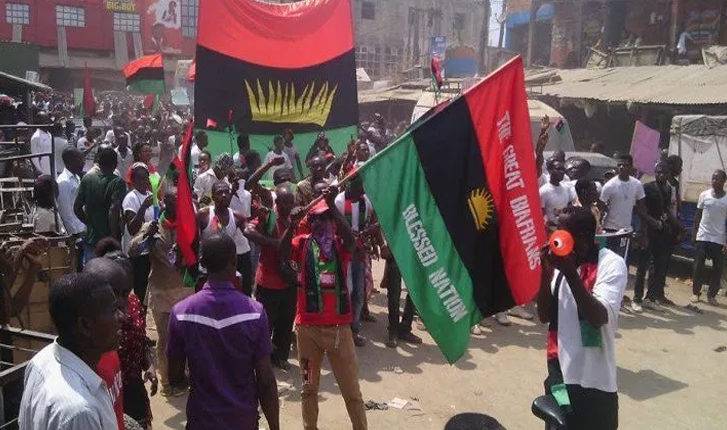 The Indigenous People of Biafra (IPoB) yesterday expressed concern over reports that some state agents and political operatives were targeting Labour Party (LP) rallies while wearing their insignias.

In a statement released by IPoB and signed by its media and publicity secretary, Emma Powerful, the group claimed that it had never given any orders to individuals to threaten or attack election rally sites, and that if it wanted to engage in any political activity, it would simply throw open the door so that the Nigerian government and its security agencies would hear the sound.

“We, the Indigenous People of Biafra global family and movement, under the command and leadership of Mazi Nnamdi Kanu, condemn those who used the IPOB and Biafra insignias in what we knew to be a state-sponsored attack on the Labour Party rally ground in Enugu State to blackmail IPOB,” the statement read.

“Mazi Nnamdi Kanu, head of the IPOB, never gave orders for anyone to threaten or vandalize election campaign sites. The Nigerian government and its security forces will be able to hear the sounds if IPOB chooses to do so.

“IPoB volunteers and ESN operatives will soon exact their vengeance on anyone or any criminal organization recruited for such impersonation and demonization.

“Our intelligence unit, the M.Branch, intercepted the covert plans by a few Fulani soldiers and terrorists in Nigerian security agencies, particularly the DSS and the military, to hire some criminals to attack rally grounds in order to implicate IPOB and ESN with Biafra flags and insignias and tag it on ESN members when we did not attack campaign grounds.

They did this while forgetting that IPOB and ESN will never, ever degrade the revered Biafra flag for political gain.

Related Topics:Concern is expressed by IPoB regarding the purported exploitation of its name and emblem to attack LP
Up Next

Nigeria is not yet ready for a state police. – APC Chieftain Okene