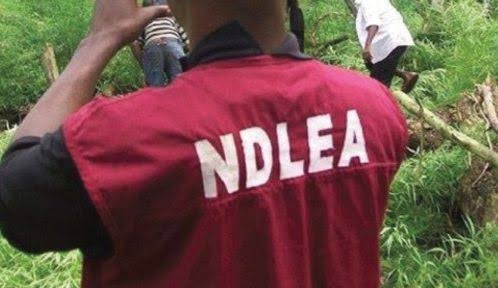 A coalition of civil society groups, Social Justice and Accountability Movement (SJAC), has called on the Chairman of the National Drug Law Enforcement Agency, (NDLEA), Brig. Gen. Mohamed Buba Marwa (Retd), to sack one of his staff- Sunday Zirangey Drambi, over allegations of multiple connivance with drugs barons and providing cover for them.

In a statement in Lagos on Friday, the group insisted that if the war on drugs it to succeed, Zirangey who has been accused of protecting drug barons to carry out their illicit drug trafficking must be sacked and made to face justice.

The statement recalled that there have been media reports, especially, the report that some cases have been instituted against the NDLEA by some former operatives who were sacked by the NDLEA leadership.

One of the cases, the group said, is at the National Industrial Court of Abuja where the allegation of sharp practices centered around Zirangey, who is the Director of Narcotics and Intelligence of the Agency.

The group said: “Marwa must act fast because of the weighty allegation. If not, he will be seen to either be protecting him as a beneficiary or some related ulterior reasons.

“A man hired to fight drugs cannot be seen to be providing cover and protecting drug barons. It’s the greatest offence against a nation.

“Since the case is in court, the least that’s expected is for him to be suspended if not sacked until the allegation is proven to be false.

“But the graphic details in the allegations; the picture painted in the suit especially the suit by Olarinwaju Williams, which we have a copy of shows all is not well and something must be done fast

“Zirangey was accused of stealing and destroying evidence in order to protect drug barons. He was also accused of removing wire taps from Lagos Island to allow drug barons to operate freely.

“Also, some of the drugs seized from suspects go missing with the accusation that he stops his subordinates from recording the seizures after which he steals them.

“As a beneficiary of these illicit businesses, he is said to have acquired expensive properties in Lagos, Abuja and Adamawa where he comes from. He is said to be the strongest man in NDLEA.

“These are weighty allegations and the NDLEA leadership must rise up and restore confidence in the people. There’s no fire without smoke and so somebody who has worked in a particular department with Zirangey can not just wake up and accuse him of these allegations let alone taking him and the NDLEA to court.

“The person is aggrieved and wants justice. He wants the NDLEA to be clean and free from people like Zirangey in order to do what it is supposed to do.

“All we are saying is that Zirangey must at least be suspended to allow for proper investigation and the case in court be heard. He cannot be a judge in his own case especially when one of the petitions from one of the sacked operatives alleged that he sat on the committee that investigated one of his direct subordinates and indicted him before firing him.

“We call on Marwa to act fast because the allegation is not one you sweep under the carpet,” the group said.

Related Topics:CSOs call for sack of NDLEA staff over alleged connivance
Up Next