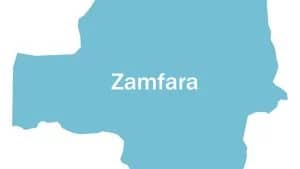 Before the general elections in 2023, residents in Zamfara State’s Dansadau axis have expressed a tangible anxiety due to banditry activities.

The locals complained that because the government was powerless to bring about normalcy, they were forced to live as refugees in their own country.

Mansur Dansadau allegedly stated that the situation had gotten so bad that no one dared leave the axis without military protection, according to one of the locals.

He bemoaned, “Honestly, we are in jail, suffering for the crime we did not commit, and the government keeps putting out worthless national propaganda.”

The community members were compliant out of fear of an impending attack, he said, adding that there were certain communities in the vicinity where bandits collected levies in the millions from the people to allow them to carry out their farming activities.

There has been a lot going on in the State, thus the Federal and State governments should quit acting like nothing is occurring.

“The bandits are working very openly in the State; the security personnel show up after the terrorists have completed their operations and left and the heinous crimes have been perpetrated.

Due to banditry activities destroying the entire State, he claimed, “I am absolutely certain that Zamfara State would register the lowest voter turnout in the 2023 general elections.”

Dansadau bemoaned the fact that both the Federal and State governments were politicking with the lives and possessions of defenseless citizens and claimed that this was happening for the reason that only they, the governments, knew best.

He asserted that “until the government chooses not to act, no person or group of people can claim to be more powerful than the government.”

While this is going on, the majority of population of Gusau Local Government Area’s Damba and other settlements have fled the area as bandits continue to carry out terror attacks, kidnapping innocent people and demanding ransom payments of millions of naira.

Some of the people who spoke with this medium stated they registered and acquired their PVCs in the Damba axis, highlighting the fact that they won’t go there and risk their lives to vote if the security situation in the region continues.

Abubakar Umaru, a resident, asserted that the protection of lives and property should be the government’s top priority if it wants a large number of people to cast ballots.

“Who will vote for these drunken politicians if bandits kill or kidnap everyone in the State?”

Advertisement
Related Topics:Election in Zamfara in 2023 is seriously in danger due to banditry - Residents
Up Next

Queen Elizabeth was a monarch for all seasons —Osinbajo