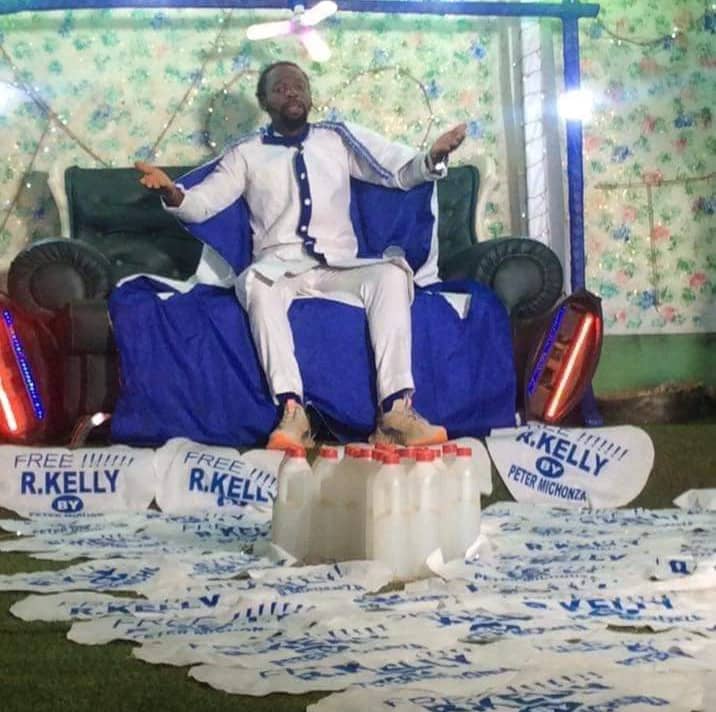 Following outrages that followed the activities of the Pastor of New Jerusalem Deliverance Ministry in the Okene Local Government Area of Kogi State, the Chairman of the Local Government, Abdulrazaq Muhammad has ordered security agencies to carry out full investigation of the Church.

The Pastor of the Church, Peter Michonza went viral on social media over allegations of running Labour wards for pregnant women in his Church, selling “bullet proof” water to the people, amongst other medically unacceptable practices which has led to the death of many.

Michonza with his members also held a protest rally in Okene, calling for the release of International Musician, Rkelly who was recently jailed over child pornography and rape allegations.

Speaking through a statement on Sunday, the Chairman of the Local Government said the directive for investigation became necessary “after some of his alleged ungodly activities were published on social media by concerned members of the public.”

Recall that after the Pastor went viral, netizens called on the State Government, Christian Association of Nigeria and the Nigerian Medical Association to checkmate the activities of the Pastor.

Muhammad assured a full investigation, adding that details of the . when concluded, would be made public.

“The council chairman appreciates people for blowing the whistle and exposing the alleged atrocities of Mr Peter in the name of church activities, noting that details of the investigation will be made public in due course.”

Related Topics:Govt Orders Investigation of Viral Kogi Pastor
Up Next

Asanakpo commends ex-chairman of Sanitation John Appah he was honoured by the staff.