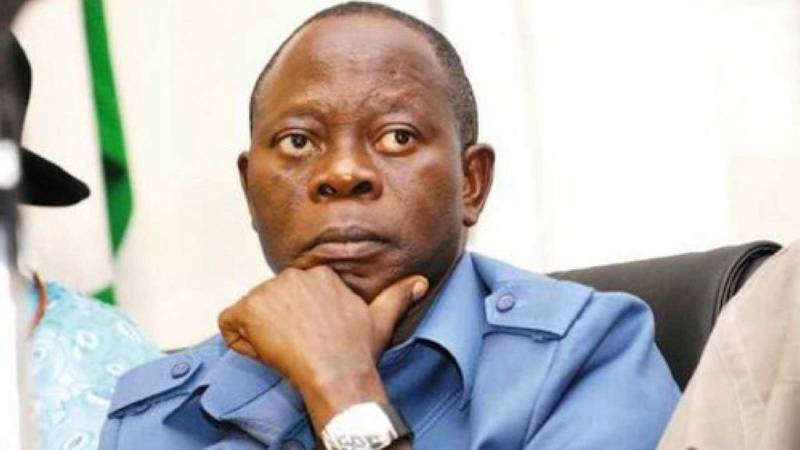 BENIN CITY – Indications surfaced yesterday that the peace meeting called by the National Vice Chairman, South-South, Victory Giadom on Monday to discuss how the party would fare well in the 2023 elections would be boycotted as a result of the intervention and appeals by former National Chairman of the All Progressives Congress (APC), Comrade Adams Oshiomhole.

Giadom convened the meeting at which he officially apologized to Oshiomhole for the roles he played in Oshiomhole’s removal as the party’s national chairman.

Many of us were not prepared to attend the meeting called by Giadom because he was the one who was used to remove Oshiomhole, but it was the same Oshiomhole who was busy reaching out even till late Sunday to the early hours of Monday, a party member said in a statement to Vanguard yesterday. That man knows how to party.

The party’s presidential candidate, Asiwaju Bola Tinubu, and other candidates for other posts were present at the gathering, and Giadom pleaded with the party’s leaders and members to put those disagreements behind them and unite for success.

Giadom said he got the highest vote from Edo state during the party’s national convention in Abuja where he emerged as the National Vice Chairman of the zone.

On his part, Oshiomhole hailed Giadom on the initiative of the stakeholders’ meeting boasting that APC and its presidential candidate, Asiwaju Bola Tinubu will win the 2023 presidential election.

In the PDP, Atiku Abubakar and Peter Obi ran as a joint ticket just four years ago, but President Muhammadu Buhari of the APC defeated them thanks to party unity. Do you really need a political scientist to tell you that now that Atiku and Obi are split, they will accomplish what a united ticket could not?

“Atiku and Obi will be massively humiliated on election day in a civilised manner, without violence or cheating, with emphasis placed on one man, one vote, as Asiwaju Tinubu will emerge victorious. By God’s grace, Asiwaju Tinubu will accomplish a lot to advance Nigeria after winning.

Advertisement
Related Topics:How Oshiomhole averted the collapse of the South-South APC summit
Up Next

Why Okowa was chosen by Atiku over Wike – Ayu

Former CSO for Abacha Al-Mustapha and Wike meet in Rivers