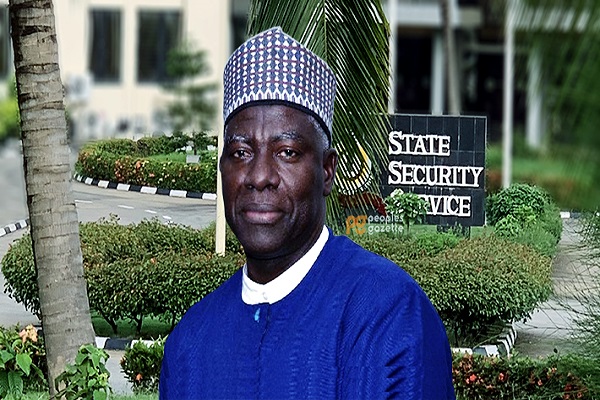 He said concentrating on banks and other formal transactions to track terrorism financing may not achieve anything tangible.

He said kidnapping has become their major source of financing and they prefer to collect cash ransom in naira.

Bichi said terrorists and bandits have aligned and now carry out operations in their hundreds.

He spoke at the closing of a two-day workshop on Terrorism Financing Risk (TFR) for law enforcement agencies and judicial officers by the Service in Abuja.

He, however, said with the current zeal in the fight against terrorism and efforts to block terrorist financing, the security challenge would soon be a thing of the past.

“There is a new zeal among the security agencies to finish this war in the shortest possible time. Time is of the essence,” he said.

The DSS DG said the terrorists have resorted to smuggling, robberies, kidnapping, and gold mining to get money.

He said: “They engage in smuggling, instead of formal transactions. They buy goods from one country and sell in another. They engage in bank robberies.

“There lies the alliance between bandits and terrorists and that is why they have resorted to kidnapping.

“Kidnapping brings quick money to them. They demanded N100 million, N200 million and what have you.

“What do they request? Not bank cheques but cash. Not dollars but naira. Why they don’t want dollars is they are trying to avoid fake currencies.

“They know that if we are to give them our own currency it would take time before you produce millions of fake currencies. That is why they have the time to count.

“If there is one kobo shortage, they request for another person to come and rescue the man that came to give them the money.

“So you should be able to track their methods. They buy gold, they engage in gold mining.

“They take the gold outside the country and then they send something in return to them. And that is why you see it is a vicious cycle. You cannot defeat them at once.

“Bandits and terrorists strike an alliance. Why do they have to do that? They are thinking of numbers.

“Once they go out, if they are to attack any place, gone are the days of maybe, one man riot squad, two, three, tens. They now come in hundreds and all of them armed.”

Bichi said the terrorists have adopted this style because they (security agencies) have superior weapons.

“But in our own strategy, it is not the numbers that matter. If you want to be ahead of your opponent, if he is using a knife, you should use a gun.

“If he is using AK-47, you are using something superior like GPMG (general-purpose machine gun), RPGs (rocket-propelled grenade) and what have you.

“You must develop that sufficient force to counter terrorists.”

Bichi said there must be synergy among security agencies and other stakeholders in the fight against terrorism, adding that intelligence was key.

“It is only through intelligence that you would identify your enemy very well. You know the arms he is holding, his associates and strategy and what have you.

“It is through intelligence that you can prosecute your cases successfully because data and intelligence are a synergy which always security agencies look for.

“It is through intelligence that you would be able to plan your strategy to fight the terrorist.

“Next to intelligence is strategy. You should know that the terrorists are equally intelligent people and they want to always be ahead of their opponents. So if you want to be ahead of them, you must disrupt their strategies.

“This country for the past decade or two has been fighting terrorism, insurgency and we are yet to see the end of the tunnel.

“But with the current zeal in the fight against terrorism, blocking terrorist financing efforts, the end of the tunnel is about to be seen.”