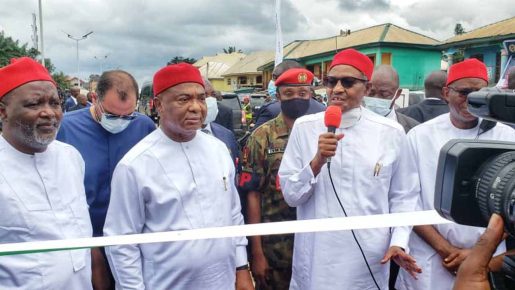 Human Rights Writers Association of Nigeria (HURIWA) yesterday endorsed President Muhammadu Buhari’s position on the root of the nation’s insecurity, saying the elite are to blame for the country’s worsening state of insecurity, as the president recently stated during a state visit to Owerri, Imo State.

The rights group noted that since Buhari’s administration took office and started implementing skewed policies, including the explicit exclusion of representatives of Igbo speaking states in nearly all strategic national security institutions, the South East, which had previously been peaceful and economically viable, has become a major insecurity flashpoint.

Millions of South East youth, according to Onwubiko, now believe that the Igbos are unwanted in the united Nigerian federation, which has prompted organisations to advocate for self-determination, which they claim is protected by international human rights standards.

The statement reads: “The selective prescription of the peaceful agitation for self rule by the now proscribed Indigenous Peoples of Biafra exacerbated the problems of insecurity, which got sparked by the negative reactions to the peaceful exercise of advocacy for self-determination by both the political elite of the Federal Government and the South East states (IPOB).

“We are certain that when President Buhari chastised the elite for insecurity in some parts of Nigeria during his recent state visit to Imo, he spoke the truth and nothing but the truth.

“The political class is mostly at blame for the threat, and it has continued to fan the flames of insecurity via crude misgovernance, corruption, and a lack of compassion for Nigeria’s suffering masses. The nation’s increased level of uneasiness and mistrust is mostly due to the divide-and-conquer strategy and nepotistic appointments.

The rights group added that it has repeatedly called for an end to the persecution of Nnamdi Kanu and his outlawed IPOB while infamous and divisive organizations like the Miyetti Allah Cattle Owners Association, which is thought to be behind armed attacks on farming communities across the nation and is believed to have killed over 3,000 people in Southern Kaduna, Benue States, among other communities, are still being spared and, in fact, are seen as supporters of such attacks.

Related Topics:HURIWA supports Buhari on the source of the unrest
Up Next

Prior to the 2023 general elections, UNDP and INEC make improvements to election management.