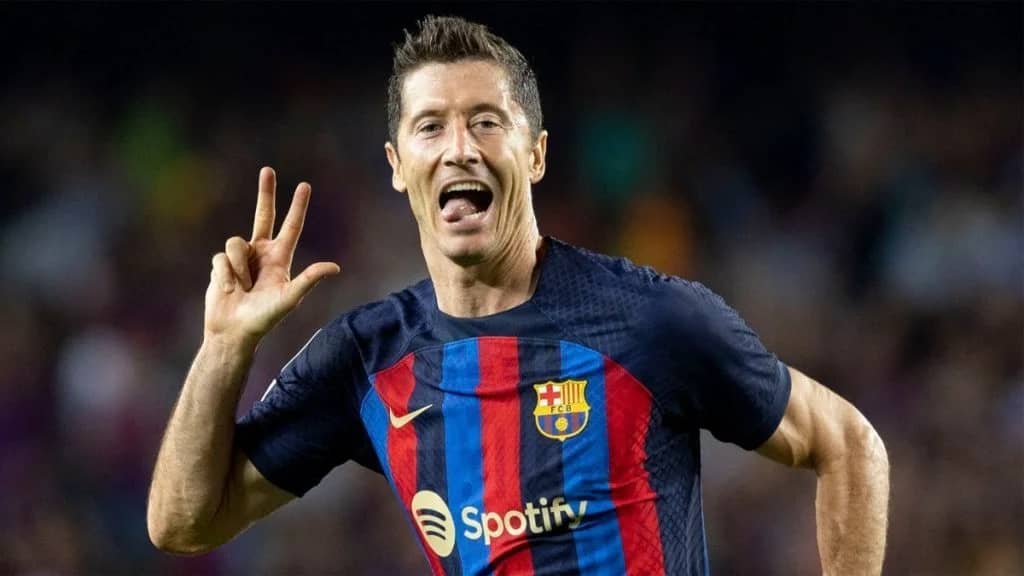 Barcelona striker, Robert Lewandowski, has heaped praises on four Barcelona youngsters, who have quality beyond their years.

The Poland international joined Barcelona from Bayern Munich earlier this summer for €45 million plus €5 million in potential add-ons.

The 34-year-old has enjoyed a brilliant start to his La Liga career, contributing eight goals and two assists in six league appearances for Xavi’s side.

Asked about Barcelona’s youngsters, Lewandowski said (via Barca Universal): “No, I have not played with so many youngsters in one team, Gavi, Pedri, Fati or even Ferran, he is two years older but still young too. These guys, despite their young age, show great quality on the pitch

Transfer: Messi, Neymar to leave PSG on one condition