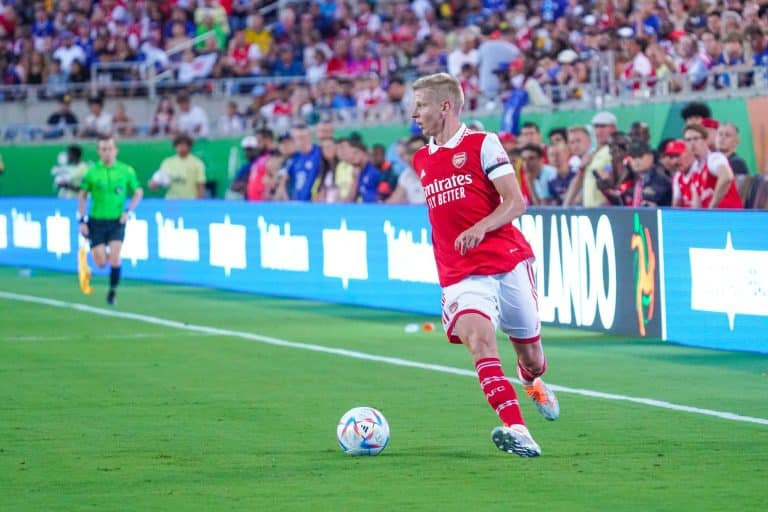 Before this weekend’s English Premier League match between Brentford and Arsenal, Mikel Arteta’s team has been downsized by one, according to Track News.
On Sunday, the North London club will be welcomed to compete for three points at the Gtech Community Stadium.

Arsenal hopes to resume its winning ways, but their roster will be reduced by one player after Oleksandr Zinchenko reportedly suffered an injury during their midweek workout.

According to reports coming out of the Emirates, Zinchenko would be out for at least two weeks.

Zinchenko has reportedly struggled with a knee problem since rejoining Arsenal, which has prevented him from playing against Fulham and Aston Villa.

The player then came off the bench in their Europa League match against FC Zurich last week and was reinstated to Arteta’s starting lineup earlier this month in a 3-1 loss to Manchester United.

Zinchenko is now unable to be selected for Ukraine’s forthcoming international matches due to a fresh injury, this time to his calf.

“Oleksandr Zinchenko won’t be able to support the blue and yellow in the UEFA Nations League games in September.

The Ukrainian FA confirmed Zinchenko’s condition on Friday. “The Arsenal player sustained a calf muscle injury during training at the club, which will require two weeks for treatment and recovery,” the FA said.

Related Topics:Leading Arsenal Player Suffered Injury Ahead Of Brentford Match
Up Next