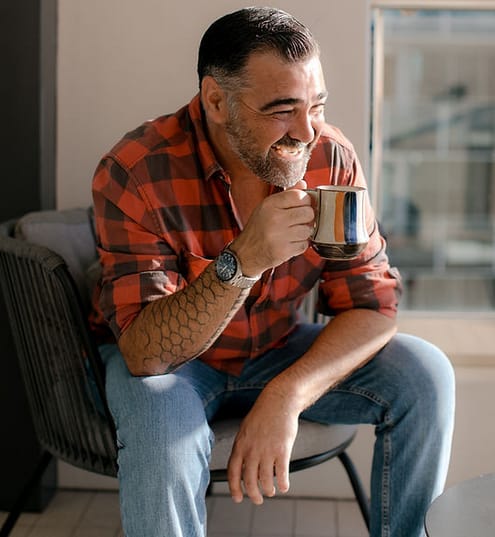 An Australian gigolo has opened up on how he rakes in $10,000 a month from sleeping with different women.

Samuel Hunter, from Sydney, says he is often put in five star hotels by his wealthy clients and was even taken on a 10-day trip to Phuket to accompany a woman on an exotic getaway.

Hunter, a proud sex worker, who is in his early forties, says women from all walks of life acquire his services, with his youngest client just 23 and the oldest 70.

Samuel said Stan’s show American Gigolo, starring Jon Bernthal, is ‘accurate’ about how glamorous the lifestyle is, as he really does get treated to luxury hotels by beautiful women.

‘It’s exactly as you’d expect it to be, and exactly the opposite,’ he said to Daily Mail Australia.

He says he been a full time sex worker for two years.

He admitted having hundreds of different jobs, including working for a sex shop and writing blogs for a brothel but his interest in gigolo work peaked when he started working for a charity called Touching Base who put disabled people in touch with sex workers.

‘It kind of built-up to my mind about whether or not I could do it, but it’s been two years now and it’s all I do’.

Related Topics:000 a month sleeping with women and a quarter of them are marriedMale escort reveals how he rakes in $10
Up Next