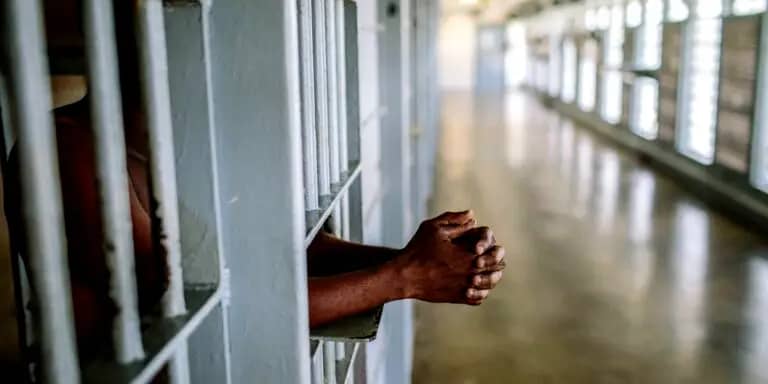 Ikeja—A 52-year-old man named Akin Isaac was sentenced to 21 years in prison yesterday for defiling and impregnating his 18-year-old daughter by an Ikeja Special Offenses Court.

I hereby find the defendant guilty as charged in light of the defendant’s guilty plea to one count of defilement, Taiwo added.

Following his conviction, the court then asked the defendant whether he had anything to say.

The prisoner begged for forgiveness while begging on his knees in the dock, claiming he had an elderly mother to care for.

After that, Taiwo gave him a 21-year prison term, adding that it should start on the date of his arrest in June 2020.

Due of how passionate the victim was when testifying, the judge had earlier asked the State Counsel, Mrs. Omowumi Bajulaye- Bishi, if the 21-year plea agreement was sufficient for the criminal.

“I clearly recall the survivor. She was sobbing in this box right here. Her father subjected her to various forms of brutal treatment, including beatings, medications, and pregnancy.

The judge questioned, “Do you believe 21 years is good enough for him?”

The court was informed by Bajulaye-Bishi in her evaluation of the facts dated July 6 that the convict applied and decided to modify his plea, upon which the information against him be amended to the offence of defilement.

Related Topics:Man gets 21 years in prison for defiling and fathering a daughter
Up Next

NEWS: Gunmen abduct the Niger Commissioner of Information, but they are still at large.