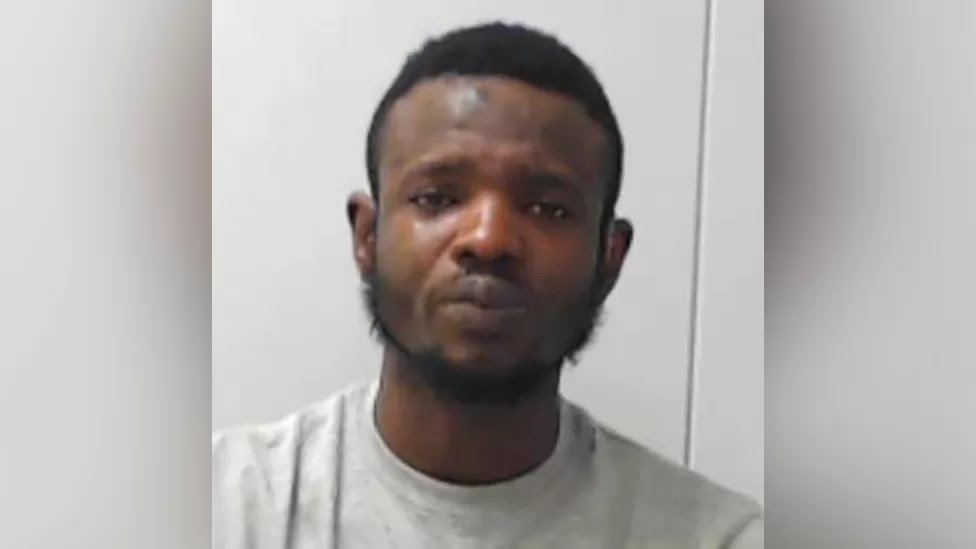 A Nigerian man, Jeffery Oviasogie, resident in Aberdeen, Scotland, who raped a woman has been sentenced to four years and eight months by a High Court in Glasgow.

Oviasogie pleaded guilty to raping a 29-year-old woman in Bon Accord Terrace Gardens early on September 26, 2021.

The 21-year-old attacked his victim and forced her down on his return home from a night out in Aberdeen.

According to BBC, he had been employed as a support worker at Camphill special needs school in the city at the time.

The report also revealed that the Nigerian national’s visitor visa expired six months before the attack. He had been living in the United Kingdom since 2018.

The victim had been on a night out with friends before heading home in the early hours and met her victim walking.

He, then, suddenly came up and started talking to her and followed her as she continued into Bon Accord Terrace Gardens.

Prosecutor John McElroy previously said: “She began to feel uncomfortable. As she walked along a steep path, the woman was aware of Oviasogie behind her.

“Her next memory is of being on her back in a muddy area with him on top of her. She was screaming for help, but she was unable to move beneath his weight.”

McElroy said Oviasogie shouted her down to “shut up” and raped her as he held her down. While “she continued screaming and shouting. She was petrified,” a man heard her cries and spotted Oviasogie on top of the woman.

When the culprit realised this, he fled but was seen by the man to be wearing a distinctive red baseball cap.

McElroy: “The woman remained on the ground, crying and curled into a ball.”

Officers found Oviasogie in Justice Mill Lane about an hour later, still wearing the cap. His jeans and trainers were also mud-stained – but he denied being involved in the attack.

Oviasogie’s lawyer, Edith Forrest, defending, said: “He was out after work with colleagues. He said he consumed a lot of alcohol, which he was not used to indulging in.
“He accepts he was showing off to a degree to his peers, which demonstrates a level of immaturity at the time. He says he often thinks of the victim and the impact this will have had on her.”

However, in his ruling, Judge John McCormick told him: “You assaulted and raped a lone female as she walked home in Aberdeen.

“You used force to hold her down and ignored her screams for help.”

The judge said Oviasogie will also be watched for an additional three years on his release and will be on the sex offenders list indefinitely.

Det Ch Insp Karen Main of Police Scotland said it was a “horrendous” attack, and described Oviasogie as “a dangerous predator”.

She added: “A young woman is dealing with the trauma of what happened to her that night and I hope that knowing Oviasogie is no longer a threat to other women gives her some sort of solace as she moves forward with her life.”

Related Topics:Nigerian man jailed for rape in Scotland
Up Next

2023: FG Must Not Interfere With INEC’s Business – Ortom