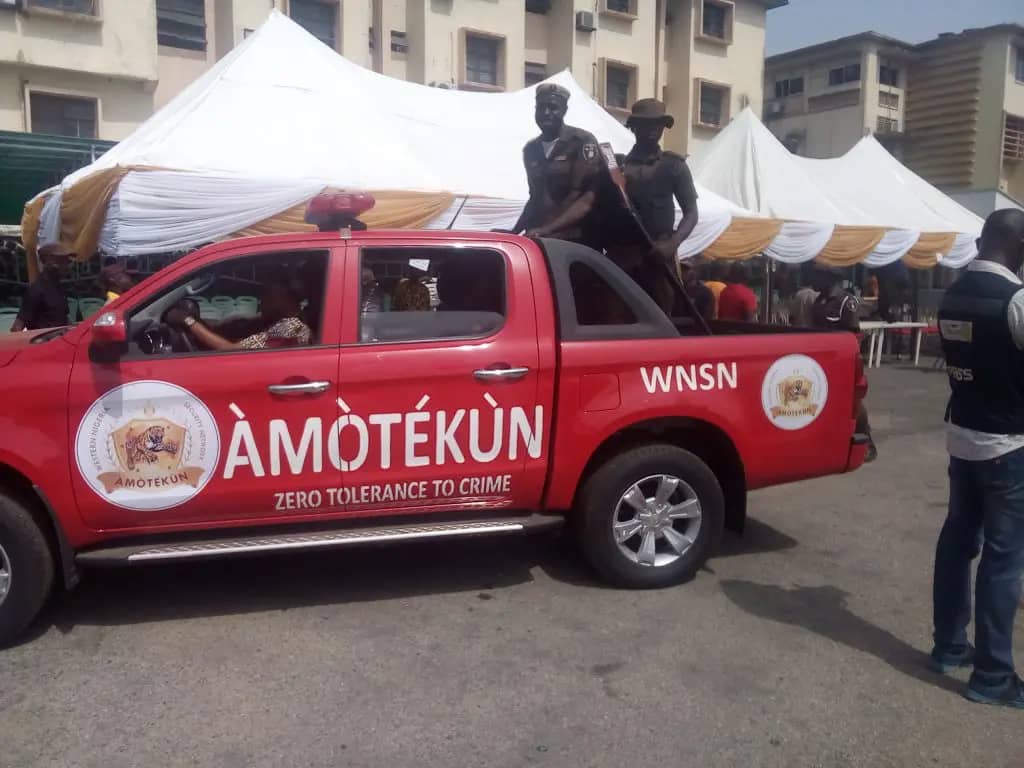 Men of the Ondo State Security Network Agency, codenamed Amotekun Corps, have arrested no fewer than 45 suspected criminals in the state.

They were said to have been arrested in various locations across the state within the last two weeks.

The Corps Commander in the state, Adetunji Adeleye, said eight of the suspects were kidnappers.

While parading the suspects at the corps headquarters in Alabgbaka, Akure, Adeleye said “today is another major harvest of criminals operating within Ondo state.

“A couple of weeks ago, we deployed additional hands to all the 18 local government areas of the state to assist in beefing up the security architecture of Ondo state and it has actually yielded a lot of results.

“Over the past two weeks, we have been able to rein in the criminals’ excesses, which included kidnapping, armed robbery, rape, and other crimes.

“45 criminals have had their investigations completed and are now prepared to face charges.

“We have a case involving one Okoyie Chukwuma, who specializes in breaking into cocoa businesses.

“We also have a case involving one Philip Jacob, who specializes in vandalizing cars left overnight at mechanical workshops