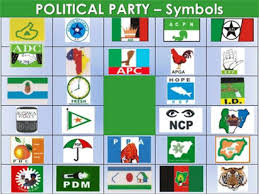 The obstacles that the parties must overcome during the intensely contested battle for Nigeria’s presidency make it impossible for anyone to anticipate who the Amusan would ultimately be. Although the Peoples Democratic Party, or PDP, is the longest-lasting and most resilient political party, its very longevity and resilience is also its worst vulnerability.

The All Progressives Congress, APC, is a cult that is led by two idols; it derives its power from controlling the rivalry between its leaders. The strength of the buffalo soldier-led Labour Party lies in its capacity to link the general with the troops. The party is emerging from the cold.

PDP continues to be the political party in Nigeria with the most institutional clout, as we pointed out in this piece on August 23. PDP was founded by a variety of political associations and groupings, some of which were unusual bedfellows in the political history of the country. These groups have combined to form a powerful political machine free from the divisions caused by dominance by person or tribe.

It is a true political incubator where many gladiators were raised and where other political parties draw their candidates.

The founding pact that stipulates that political offices, particularly the office of the President of the Federal Republic of Nigeria, be zoned and rotated on a South/North basis gives it life and vigor. The Governor’s office is zoned based on Senatorial Districts, which is always the case even in diverse states.

History has a way of repeating itself. In 2014, when the Northern caucus of the party felt it was their turn, the war against Goodluck Jonathan seeking his own second term, which was then legitimate, was fought by the entire North and across party lines. Most of the leaders from the North were implacable; they either decamped or stayed put to wreak havoc therein.
In a memo titled “On-Going Full-Fledged Genocide in “Northern Nigeria,” dated April 16, 2014, PDP governor of Adamawa State Murtala Nyako accused the Federal Government of harboring “mass murderers/cutthroats entrenched in our legitimate and traditional Defense and Security organizations.” He claims: “Cases of mass murders by bloodthirsty killers and cutthroats in the Federal Government are well documented, but it attributes the deaths to so-called Boko-Haram.”

Nyako said: “We no longer accept, much alone believe, that our prominent Mallams in the Mosques in Kano and Zaria had been slaughtered by “innocent” Boko-Haram militants,” implying that the fight against Boko Haram is a sham.
Kashim Shetima, the governor of Borno and current vice presidential candidate for the APC, made no attempt to hide his contempt for President Jonathan, whom he blasted in the worst terms in the foreign media for using the Boko Haram conflict as cover to commit genocide against the North.

In light of this, on May 29, 2015, when he was inaugurated for a second term, he boasted triumphantly, “With our votes, we threw out a government at the center, which did not work in the national interest, and have now voted into power, President Muhammadu Buhari, who is also being inaugurated today.”
A rally of Arewa Consultative Forum, Northern Elders Forum, Code Group, Northern Re-awakening Forum, Arewa Research and Development Project, Northern Union and Sir Ahmadu Bello Memorial Foundation held on September 15, 2014, adopted the Nyako thesis all in the bid to blackmail Jonathan and seize power from him.

There is no gainsaying that the cry of the North resonated with the South and Jonathan was swept out of power. Nonetheless, PDP remains strong and won elections in states where they adhered to the political arrangements.
However, the weakness of the PDP is its physical structure, for it is assumed that the control of the executive at any level is the surest guarantee of electoral success. The fear of not losing the party structure in the event of the unpredictable outcome of the elections is the reason Dr. Iyorchia Ayu is being prevailed upon not to resign contrary to his pledge to do so if the National Chairman emerged also from the North.
Other parties have also embraced the PDP’s zoning scheme. The APC, in contrast to the PDP, is mostly a gang comprised of two leaders with cult-like supporters. When assuring in September 2021 that the issue of Southern presidency would gain momentum when Asiwaju Bola Ahmed Tinubu returned from his medical trip abroad, the rather nonconformist Governor Akeredolu of Ondo State put the APC arrangement most succinctly when he said: “He is our leader in the South and the one we call our Capone.” The other Capone is Muhammad Buhari of the Northern hemisphere.

Contrary to the PDP, either of the two Capone has the power to decide whether the APC is even a business entity. The gladiators, notably the Northern governors, capitulated as a result of this realization to the emilokan declaration.

Yet, it is not Uhuru with the party. It is doubtful if Shetima, Tinubu’s running mate, is a core member of the CPC cult which is ever the first consideration of President Buhari in his political permutations.
The Muslim-Muslim ticket is equally upsetting to the Middle Belt Christian elements as the South-West/North-East ticket, or even better, the Yoruba/Kanuri ticket. The Hausa/Fulani, especially in the North-West, couldn’t fathom a situation in which they are neither ranked first nor second.

In the North, both the Fulani and Kanuri loom prominently, with the latter having an advantage in terms of intergroup hostility. That clarified why Sir Shettima Ibrahim of the Kanuri tribe would not have been given the job of Prime Minister but rather Abubakar Tafawa Balewa of the minority Gere tribe. Looking back, the current APC team is eerily similar to that of Chief MKO Abiola and Babagana Kingibe. I’m not claiming that was a factor in the election’s annulment.

The Labour Party has been roundly regarded as a party without structure. The structure in this sense is viewed from the point of the number of political bigwigs in the camp, its presence in every ward and polling units and the financial capacity to navigate the federation in search of votes.

Nonetheless, the rate of attack on Peter Obi and his Labour Party does not suggest an irrelevant contender. In several media channels, syndicated opinions targeting Peter Obi personally are legion.
In any event, experience has proven that, citeris paribus, building those physical structures does not take a long time. If the party is truly labor-oriented, it embodies the idea of Aluta for a novel approach to problem-solving, which explains why it appeals to young people. The Labour movement may support the party and its candidate, but that remains to be seen. If so, that would have a significant impact on the party’s structure.

Generally speaking, the celebration is still only coming from the freezing, bursting lose, whose size is still unpredictable. Its presidential pairing seems to be the only one in perfect alignment with modern thought of a Southern President and a Northern Vice President by a Northern Deputy and if you like, you can add faith and harmony to it.

Related Topics:parties and their advantages
Up Next