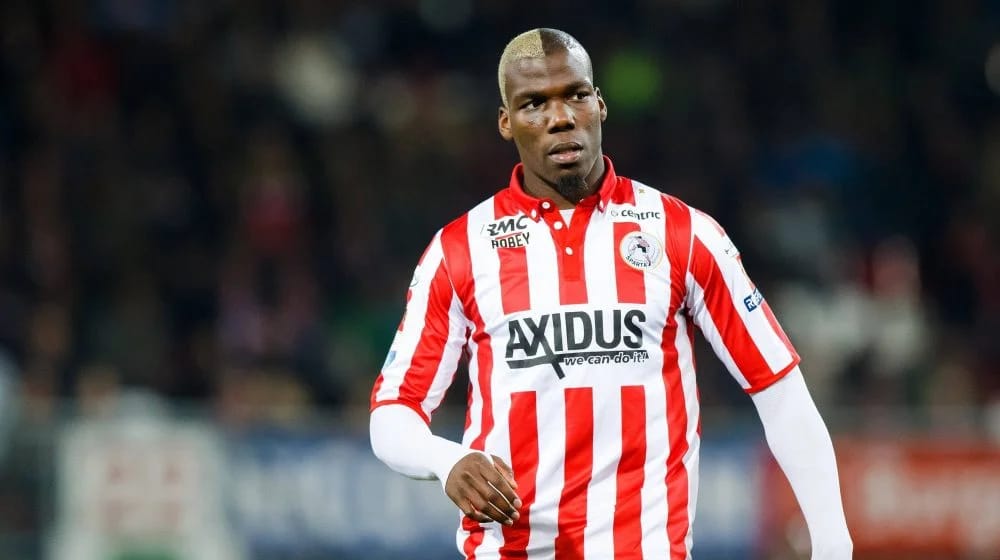 Mathias was arrested on Wednesday on suspicion of being involved in the blackmail plot against his brother, Pogba.

The suspect, who was summoned by the police for questioning, was detained along with four others in police custody in Paris.

It is alleged that he participated in attempting to extort his brother of €13 million (£11.2m).

Le Monde reports that Mathias was summoned by the police and was detained immediately when he presented himself to investigators.

Police enquiry sources said that Pogba, handed over €100,000 (£85,000) to the fruadsters after being escorted at gunpoint to a flat in Roissy-en-Brie, in the eastern suburb of Paris, in March.

The former Manchester United star alleged that he was ordered to pay ‘protection money’ worth €1m (£860,000) a year, from the age of 16 when he first became a professional footballer.

Pogba is said to have attempted to withdraw the full amount but was not authorised by his bank.

Instead, the 29-year-old paid £85,000 to the gang but filed a criminal complaint after the group continued to press for more money

Boxing champion, Oleksandr Usyk returns to family home in Ukraine which was occupied and destroyed by Russians (photos)