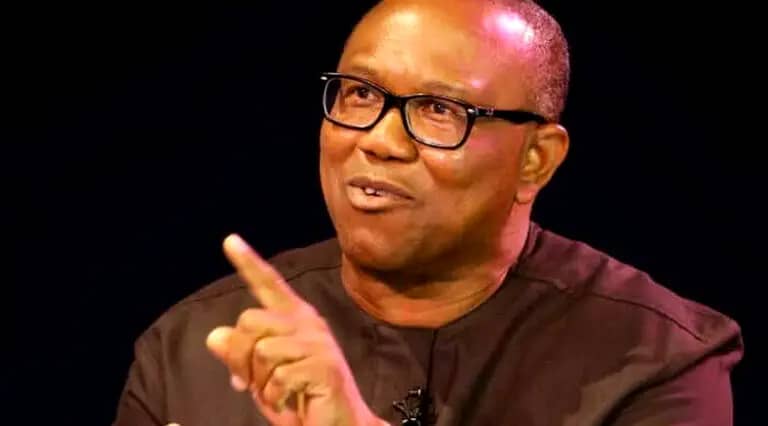 Mr. Peter Obi, the Labour Party’s (LP) presidential candidate for the general elections of 2023, yesterday compared Nigeria’s oil subsidies to organized crime and pledged to eradicate them if elected.

Mr. Peter Obi, the Labour Party’s (LP) presidential candidate for the general elections of 2023, yesterday compared Nigeria’s oil subsidies to organized crime and pledged to eradicate them if elected.

At the Private Sector Economic Forum for the 2023 Presidential Election, hosted by the Lagos Chamber of Commerce and Industry, or LCCI, Obi made this statement yesterday in Lagos.

When he returned to office, he also pledged to swiftly halt the dollarization of Nigeria’s internal economy.

I’ve mentioned it before, but 50% of the subsidy is corrupt, said Obi. That will receive a firm response. Where it is absolutely essential, subsidies shall be eliminated.

“Second, we will launch local refining, particularly modular refineries, quickly and right away wherever we can, led by the private sector rather than the government. The installation of the refinery will be supported by us, and we’ll make sure it happens as soon as feasible.

So, I can tell you that subsidy won’t be present. One of the factors causing inflation is subsidy since a sizable volume of money is injected into the economy to deal with deficit spending in order to pay for the subsidy.

“As I’ve said previously, we need to stop our economy, especially the home sector, from becoming too dependent on the dollar. Under my watch, unless you are operating in the foreign space, you must charge in naira if you need to operate.

Regarding security, he said: “The inflation would decrease if we address the issue of insecurity and farmers are free to return to their land, remove subsidies, and address corruption.

“One topic that we must actively and resolutely address when we take office in 2023 is the security issue. We’ll take care of it as soon as we can. And I can guarantee that will be the first item I tackle.

“We need to reform the entire security architecture and make sure it is actively implemented, including having multi-level policing, federal, state, and community policing,” the author said.

Debt is a part of development, according to Obi, who added that borrowing is acceptable as long as it is done for investment purposes. However, it must be used to investment rather than personal use.

He claims that although though several nations, including Japan and Singapore, have debts that are more than 100% of their GDP, their economies are still expanding because they borrow money for investments.

In his own words: “Under my watch, we will assure fiscal discipline and borrow for investment rather than consumption.”

Obi added that he will lead by example in the fight against corruption.

“The problem of corruption will be minimized by 70% if the principal and members of his family are not corrupt,” he said.