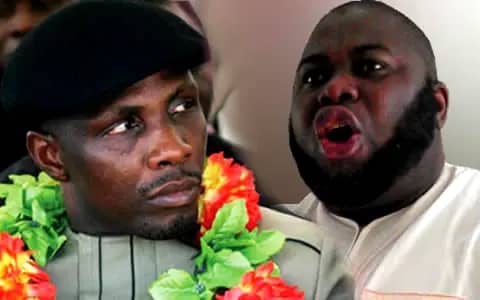 Alhaji Mumakai Unagha, an Urhobo chieftain in Delta State, warned the federal government Tuesday not to incite ethnic nations in the Niger Delta to engage in more violence.

The Federal Government appears to favor an ethnic group, a technique of separating the population, according to Unagha in a news release titled “Do not drag other ethnic groups in oil pipeline surveillance contracts.”

“The Federal Government shouldn’t encourage additional armed conflict between local ethnic groups. The scandal over the pipeline surveillance contract given to former military officers Government Ekpemukpolo, alias Tompolo, has caught my attention because it causes me considerable anxiety.

The deal has caused and is still causing problems in the neighborhood. As a representative of the Urhobo ethnic nationality, I would like to warn the authorities that if they do not intervene, it might snowball into a serious breakdown.

“An ethnic nationality in the Niger Delta is treating other ethnic groups in the region with contempt, which could lead to discontent among the diverse population of the area.

“Even though I have nothing against the Federal Government contracting Tompolo, it is attempting to polarize the local population so that they can fight among themselves.

“They have tested the tolerance of other ethnic nations in the Niger Delta, and if the monopoly continues, the populace may oppose this in the near future.

“The Urhobo do not support the monopolization of the oil pipeline surveillance by one ethnic group. It is unfair and goes against the spirit of fair play.

“NNPCL should have recognized the existence of ethnic nations other than Ijaw. They ought to have hired Tompolo, who is from the Delta state riverine region, to oversee the Ijaw region.

“Once again, since the term of previous President Goodluck Jonathan, a single person or an ethnic nationality has monopolized the pipeline contract at the expense of other parties.

As we search for an alternate option, he continued, “I would like to appeal to our people, especially the youth.

Related Topics:Pipelines Contract: Unagha warns the FG not to incite new violence in the N-Delta
Up Next

Daughter of Soludo, an economist, chooses to pursue a career in fashion design