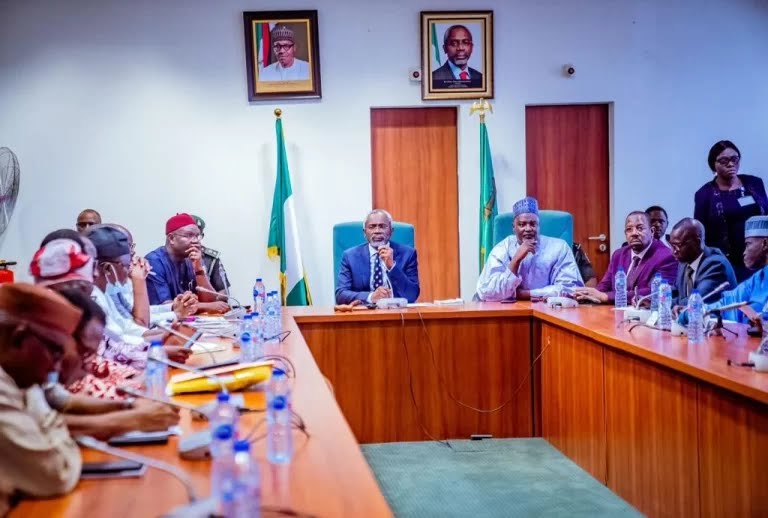 The House leadership met behind closed doors for five hours on Tuesday with the leadership of ASUU and the Minister of State for Education, Goodluck Opiah.

According to Gbajabiamila, lawmakers would meet with President Muhammadu Buhari upon his return to Nigeria to discuss the ongoing strike.

Track News has learned that government officials will appear before the house leadership on Thursday.

“There are seven areas where ASUU has provided what we consider to be a request to return to class,” the Speaker remarked.

“We looked at these seven areas and came to an agreement on some things.”

He also added that ASUU leadership will return to its members with the meeting’s resolutions.

While speaking about the meeting’s outcome, ASUU President Emmanuel Osodeke stated that the decisions made with lawmakers will be reviewed with union members.

“The issue (strike) will be resolved very soon,” he stated.

Soludo interested in collaborating with TETFund to develop initiatives in tertiary institutions.