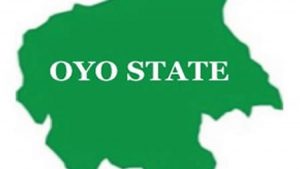 It has been said that Governor Dapo Abiodun’s completion of the 2.4-kilometer Oke-Ola Road in Ogun State’s Imeko Afon Local Government Area last week was the necessary remedy to bolster the region’s business and agricultural activity.

The Ogun State government built the road, which connects with neighboring settlements in the Oke-Ogun area of Oyo State, to facilitate the movement of farm products, commerce, and services from farmlands to metropolitan centers in the two states.

At the road’s commissioning, Prince Abiodun said that the freshly built route represented a break from the past because it leads and connects Oyo State and is intended to increase commercial activity in the region and, as a result, government revenue.

According to Abiodun, the Imeko-Afon Local Government Area is blessed with a lot of space that is ideal for farming and has the capacity to support a forest.

It was discovered that the road’s development will increase the region’s output of cotton, which has been hailed as the best in the nation in terms of quality and prided as an agricultural zone.

Alhaji Ganiyu Elegbede, a farmer and industrialist, claimed that the Oke-Ola Road is very important to traders and farmers due to its versatility.

He claims that the route will increase commercial and agricultural activity, facilitate the easy transportation of agricultural products from farms to towns, and ensure that industrial items arrive to their destinations without hassle.

Alhaji Elegbede thanked Prince Abiodun for the kind gift while emphasizing that the road’s repair came at the appropriate moment.

This road project, which has been neglected for the previous 15 years, will soon be put into operation as a demonstration of our administration’s dedication to honouring our commitments.

“Certain folks misled some people since they weren’t trying to do any harm. We are unable to complete all of our tasks, but we will do those that we have promised and that will be profitable for everyone. Therefore, we are an administration that keeps its promises, the governor said.

Another homeowner thanked the state government for rebuilding the road, Mr. Ebenezer Adekunle, who drives and farms.

He claims that the endeavor has been a huge relief for him in his work as a farmer and driver.

The Onimeko of Imeko, Oba Benjamin Olanite, praised the governor for fulfilling his word and praised him for being a person of caring, a promise keeper, a lover of people, a responsive and responsible leader, and someone who goes above and beyond to make others happy.

Prince Gboyega Isiaka (also known as GNI), a seasoned politician, praised the governor for helping Imeko’s population, the majority of whom are farmers, and urged Abiodun to make use of the area’s extensive forest to boost the state’s economic potential.

Isiaka, a native of Imeko and a chieftain of the All Progressives Congress (APC), emphasized that although the village was once home to a big forest, it now houses a diverse population.

Related Topics:Resident: Imeko Road's 2.4 km would increase trade with Oyo State
Up Next