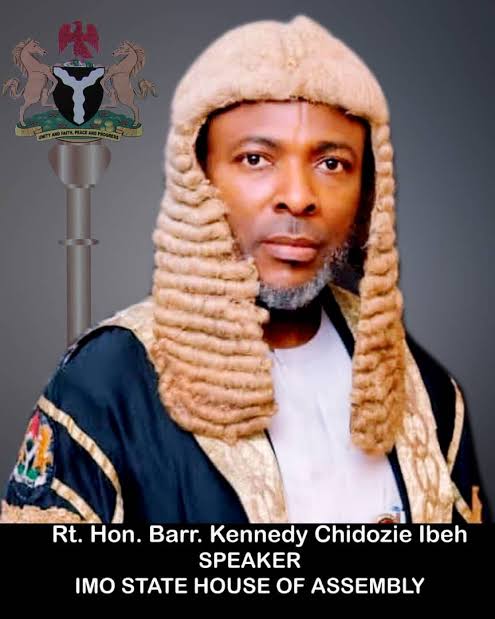 **Why He Was Booted Out By Allies

**How Impeachment Forced Him To Resign

True to earlier postulations of this online paper that the days of Rt. Hon. Kennedy Ibeh as Speaker of the state legislature were numbered, the lawmaker representing Obowo State Constituency finally proved reporters right.

Despite insipid write ups, embellished with deceptive essays and self destructive narratives Rt. Hon. Ibeh’s insensitive media handlers churned out indiscriminately at the wake of the Trumpeta scoop about subtle plans to shove him aside, the lawyer turned politician succumbed to the newspaper’s predictions to call it quit from the number one lawmaker position after his aggrieved colleagues presented him with impeached notice.

Based on available information that Ibe’s colleagues, including those who brought him into power are not comfortable with his leadership style and approaches to matters that affect the members, Trumpeta in line with its editorial style revealed about lawmakers resentment to his leadership. The newspaper followed with another report suggesting of looming impeachment against Ibe. Instead of looking inwards after the two publications that revealed plots to impeach Ibe, his media aides chose to address the medium with uncouth words. 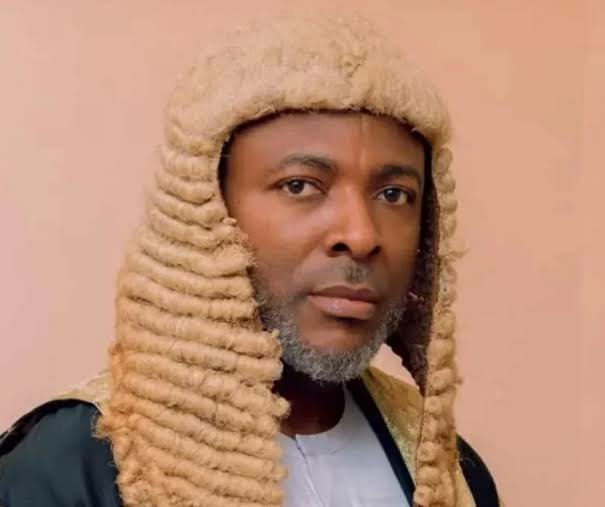 It wasn’t surprising that barely a week after the infamous “Buga” dance of the lawmakers in Ibe’s house to celebrate the coming of President Muhammad Buhari who commissioned the renovated Imo State House of Assembly complex, the Obowo House Member became a goner from the exalted number three position in Imo State.

Trumpeta can reveal that several factors were responsible for the “grace to Grass” slide which had greeted the political career of the two-time lawmaker from Obowo LGA.

On Monday morning, Trumpeta had it in good authority that despite the break session of the House, about nine of them were at the complex to perfect his removal. Authoritative sources who mornitored the proceedings revealed that impeachment processes had been concluded before Ibe pleaded for soft landing to be allowed to resign.

This newspaper will look at the behind the scene factors responsible for the push that consumed him.

Acting Like a Tin GOD; Sack Colleagues From Assembly Complex

In contrast to the manner previous speakers handled the affairs of the House, Ibe acted more like the Lord of the Manor. He threw caution away and behaved more like Power is not transient to treat others with disdain. Perhaps, due to his dislike to Trumpeta editorial pattern, he banished this medium from covering activities of the Imo State House of Assembly by withdrawing the permission granted its correspondent in the complex; an act no Speaker of the House has showcased since the advent of democracy in the state legislature. Ibe forgot that politics is a media game the playmakers cannot be divorced from the activities. 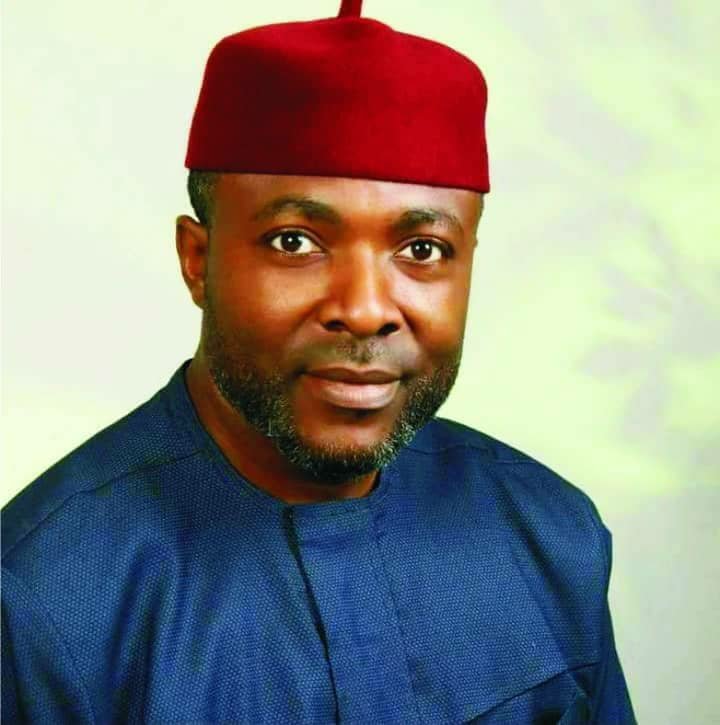 Another remarkable display of power hubris Ibe showcased in his 10-month stay as Speaker was superintending of the expulsion of two of his colleagues elected same way he came into the state legislature. In a bid to abuse the principle of “first among equals” Ibe expelled Hon Tochi Okereke, the member who represented Ngor Okpala and that of Nkwerre state constituency, Hon Obinna Okwara. Since 1979 Imo State House of Assembly came into place, the name of Ibe will be on record books as the only Speaker who expelled a colleague. Worse still, Ibe activated another historical milestone by sacking Okwara for changing party platform from APC to PDP when he changed from APC to AA before 2015 election, jumped from AA to PDP, in 2019 before defecting to APC again in 2020.

Unlike in the past where members are suspended for a period and recalled to join their colleagues, apart from sacking two of his colleagues, he has perpetually kept another two away from the assembly complex thereby denying two state constituencies of Mbaitoli and Orsu of representation since he came on board as Speaker. From November 8, 2021 he was made Speaker, the duo former Deputy Speaker Hon Okey Olekamna (Mbaitoli) and Hon Ekene Nnodimele (Orsu) have been on indefinite suspension. Despite cries from their constituents for consideration, the immediate past Speaker kept deaf ears to their pleas. By attempting to play God, nemesis waited at his door, and impeachment became inevitable.

DISREGARD TO POWER CAUCUS IN THE HOUSE

One of the greatest albatross that was responsible for Ibe’s fall was in deference attitude to the clique that brought him into power. It is not in doubt that there are power brokers who control the affairs of the House and no speaker can operate in successfully in the present House without them. The powerful caucus has some principal officers who also draw strength and eyes of the executive arm of the state government in the state legislature.

The My were responsible for the impeachment of the first Speaker, Rt Hon Collins Chiji of Isiala Mbano and brought in Onuimo’s Rt Hon Paul Emeziem. When Emeziem became too hot to handle by allegedly plotting to remove a kingpin of the group, he paid dearly for it with an impeachment after his failed attempt. It is not in context that the group brought in Ibe. But even before Ibe’s resignation, Trumpeta gathered from few members of the caucus how they regretted removing Emeziem for Ibe as they lamented about not carried along by the Obowo lawmaker who operated more like a “Lone Ranger” to the chagrin of those who helped him become Speaker.

He was accused of “chopping alone” while in charge of the affairs of the state legislature. This “chop alone” mentality and inability to consider the interest of the main caucus members in the scheme of things when it comes to running the finance of the House put him into trouble to lose the confidence of his colleagues. What however broke the camel’s back which fertilized the impeachment move was the “logistics” the executive arm made available for the hosting of the visit of President Buhari for the commissioning of assembly complex.

Trumpeta learnt that the aggrieved members who had been nursing grievances against the Speaker couldn’t stomach his excesses any longer than to move against him which gave rise to the resignation letter. Sources had it that “something” huge was provided from Govt House to not only raise the psyche and mentality of the lawmakers irrespective of party platform, but also boost their morale which saw them appear in same uniform to receive the Buhari. However, instead of providing the total “package” the same way the executive arm allegedly handed it over for distribution to his colleagues, the immediate past speaker was accused of not making available a complete total package of the executive largesse. Angered by this development that infuriated them further, he was confronted with the details by the cabals who mobilized others to ask for his removal.

Ibe’s growing larger than life status could not afford him the opportunity to avoid certain political pitfalls which finally consumed him. Information has it that due to his intent to break the records in Obowo State Constituency and gain a third missionary journey back to back to the House, he positioned himself as the apex leader in Obowo LGA after becoming the Speaker. 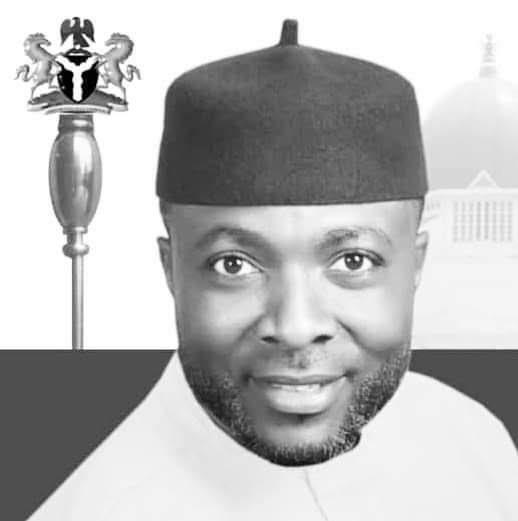 Trumpeta learnt that he tried to exploit the speakership position to covet most political appointments of the state government as well as emerge the controlling force of the APC structures which hitherto pitched him in conflict with other leaders opposed to such. It was further learnt that this struggle for power snowballed into unhealthy political rivalry with a top flight woman politician close to the powers at Government House, Owerri. Suspicion is rife that the woman who also served as an appointee of the state government and state party official in the past may have pulled strings at high quarters that pulled the rug of his foot which cannot divorce from his ouster from office.

Advertisement
Related Topics:REVEALED: The Many Sins Of Ex-Imo Speaker Kennedy Ibe
Up Next

WAHALA: I remain chairman of PDP Board of Trustees for life – Senator Walid Jibrin