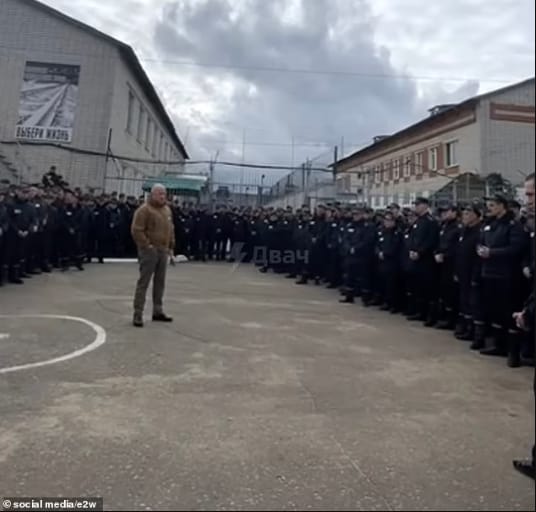 The Russian government has released murderers and sex offenders to go fight in the Ukraine war for six months.

In a new video obtained by Track News , Putin’s ‘chef’ was filmed offering a pardon to violent criminals and sex offenders locked up in a Russian prison if they survive fighting in Ukraine.

Wagner boss Yevgeny Prigozhin, 61, told prisoners they should take their own lives instead of being captured in Ukraine, holding one grenade for the enemy and one for themselves.

Video shows Prigozhin telling the criminals they can become war heroes or be shot as deserters, as the Kremlin steps up recruitment of inmates after suffering a humiliating defeat against Ukraine’s army in the east.

‘This is a hard war, not even close to the likes of [Chechnya] and the others,’ he was videoed telling them.

Advertisement
Related Topics:Russia releases murderers and sex offenders to go fight in Ukraine war for six months
Up Next

Male escort reveals how he rakes in $10,000 a month sleeping with women and a quarter of them are married