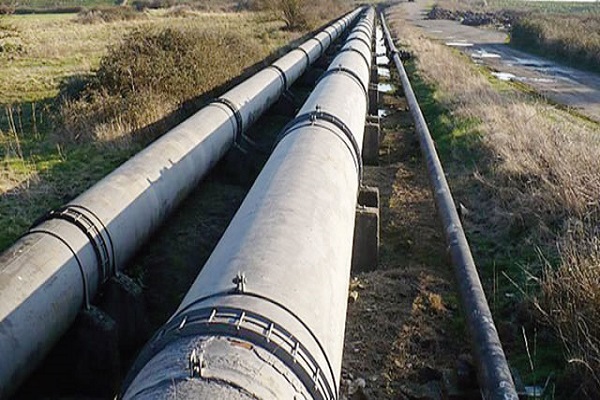 Abraham Vwaghie, an ex-militant leader, has requested that the Federal Government and Chief Government Ekpemupolo, also known as Tomopolo, negotiate the Urhobo slot of the pipeline surveillance contract with their top official, Mayor of Urhoboland Eshanekpe Israel, also known as Akpodoro, for equity.

He claimed that Akpodoro should not be disregarded in the distribution of the surveillance contract given to particular former ex-militant commanders in the Niger Delta because he had already paid his dues in terms of loyalty, foot-soldering, and service delivery to the administration.

Father 1 Vwanghie noted that Akpodoro had been at the forefront of establishing peace in the area and argued that he shouldn’t be denied favors from the Federal Government in the security contract award because he has worked for the government in a variety of capacities, including his participation in the disarmament of obstinate ex-militants at the Federal Government’s declaration of Amnesty.

Father 1 remarked that Akpodoro had given his all in terms of loyalty to the area, if not the government, by maintaining his composure in the face of adversity in order to promote and firmly establish peace in the area. He also added that Akpodoro had stopped the infamous offensive during the Niger Delta Avengers’ recent resurgence (NDA).

He said that denying Akpodoro a spot in the distribution of surveillance contracts amounted to unfairly pushing the Urhobo nation to the side, emphasizing that they deserved better treatment.

The Urhobo nation’s citizens continue to be able to put their trust in Akpodoro for the security of the pipelines carrying oil and gas inside of OML 30 and 34.

He favored a community-based security system in which ex-military leaders from indigenous groups would be given contracts for monitoring within their corridors for efficient policing and security.

The Phase 2 ex-militant leader and priest, who was born in Emmadja Udu, remarked that there are more oil pipelines in Urhoboland than elsewhere in Delta, and said the Otorogun gas facility is still the biggest in Africa.

He questioned why indigenous leaders in these regions would be disregarded when contracts were awarded to protect national patrimony in their territory, claiming that by all accounts the mayor of Urhoboland should have the right of first refusal.

In a similar vein, the cleric urged Tompolo to view the contract as a job for everyone and to be generous in sharing it with people who were engaged in the Niger Delta conflict.

He claimed that the mayor was among the first kindhearted persons to congratulate him after winning the award and that he should also reach out to him by include the Gbaregolor Ughelli South native in the security contract.

The cleric pointed out that although contracts for Akpodoro’s work with numerous organizations were given without payment, he nevertheless pressed through to secure the safety of the oil installations in Urhoboland.

He demanded that the Federal Government invite Akpodoro for negotiations and perhaps grant him a portion of the surveillance contract in order to remedy its wrongs and fairly split the contract among all parties.

“Akpodoro can control any piece of the pipeline that the government may grant him thanks to the size of his following among the youth population. We know he’ll try his best. We are too big to be undercut by any government, so the administration led by President Muhammadu Buhari should make things right.

The former military commander hoped that Minister of State for Petroleum Timipre Sylva will do the right thing and inform the President of the Urhobo nation’s worries.

Related Topics:Security for pipelines: Talk to our leaderurges ex-combatant
Up Next