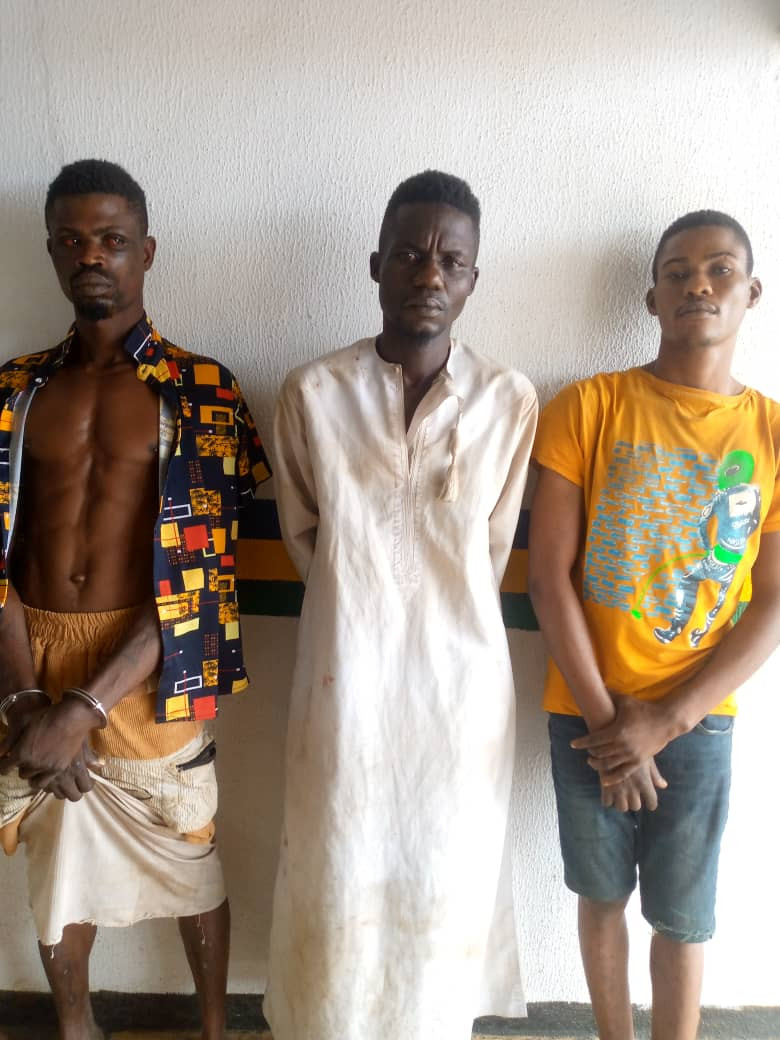 Operatives of the Ogun state Police Command on August 31 arrested three suspected leading members of the dreaded Eiye confraternity who have been terrorizing Ijebu Ode and its environs for quite some time now.

The suspects identified as Odukoya Odushina, Subomi Popoola, and Itunuoluwa Taiwo were arrested following information received by the Police at Obalende divisional headquarters Ijebu Ode, that cultists were seen holding a nocturnal meeting at a black spot known as Sanga at the back of Central Mosque, with the view to unleash terror on members of the community.

Upon the information, the DPO Obalende division, mobilized his men and stormed the said black spot.

On sighting the policemen, the hoodlums attacked them with dangerous weapons, but they were subdued and the ring leader Odukoya Odushina a.k.a Odus who is the no 1 eiye confraternity, Subomi Popoola a.k.a Oyan and Itunuoluwa Taiwo were apprehended.
Preliminary investigation revealed that the arrested suspects were not only into cultism, they were into armed robbery as well.

It was also discovered that Odukoya Odushina had been arrested once and charged to court, but was granted bail. On the third day after he was granted bail, he went with his gang to rob at Ayegbami area of ijebu Ode where he killed one man simply known as Baba Njo.

Some stolen items such as jewellery, phones and suspected hard drugs were recovered from them.

The group has also been linked to several cult killings in ijebu Ode and its environs.

Confirming the arrest, the spokesperson of the state police command, SP Abimbola Oyeyemi, said the state Commissioner of Police, CP Lanre Bankole, has ordered a full scale investigation into their activities, he also ordered a massive manhunt for other members of the group with the view to charge them to court as soon as possible.

Advertisement
Related Topics:Suspected serial killers arrested in Ogun
Up Next