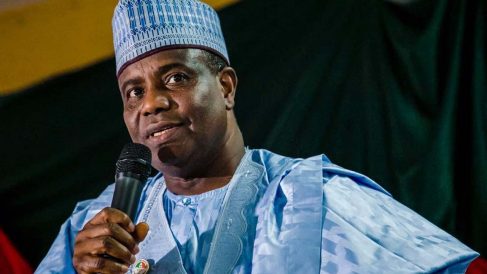 Tambuwal has served as the body’s vice chairman for the previous four years.

Fayemi, who was elected President of the Forum of Regions of Africa (FORAF) in Morocco a few weeks ago, participated electronically in the NEC from New York, where he is now attending the United Nations General Assembly meeting.

According to a statement issued by NGF spokesman Abdulrazaque Bello-Barkindo, Tambuwal would retain his position until next May, when a new governorship election will be held.

Before making the statement, Fayemi praised the NEC’s inventiveness and thanked members of the council for their assistance.

In response, Vice President Yemi Osinbajo stated that the new FORAF chairman had taken the wind out of their sails since he was “meant to, on behalf of the NEC, commend the Ekiti Governor and NGF Chairman’s informed and patriotic contributions to the Council in the last four years.”

That was bolstered by your chairmanship of the NGF, which admitted that the NGF “ensured that we moved to a true federation, not merely in words but also in deeds.”

Related Topics:Tambuwal takes over as interim chairman of the NGF.
Up Next