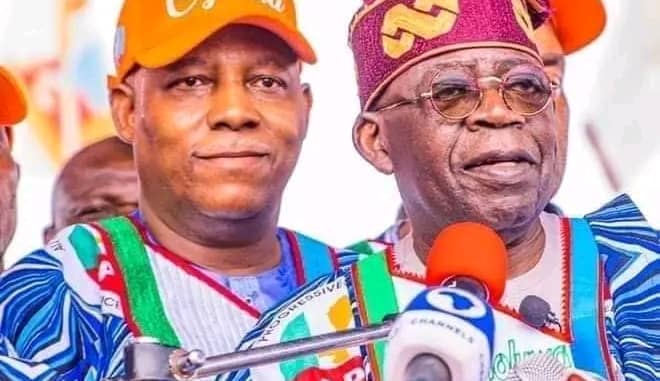 An organization called “Progressive Volunteers for Tinubu/Shetima 2023” has asked Asiwaju Bola Ahmed Tinubu, the presidential candidate of the ruling All Progressives Congress, and Senator Kashim Shetima, his running mate, to resist all criticism.

Mr. Deji Ogundimu, the group’s Ogun State Coordinator, made the declaration in front of media in Abeokuta, Ogun State, and said that only Tinubu possesses the guts, desire, and expertise required to pull Nigeria out of its current economic quagmire.

Tinubu, according to realtor and property broker Ogundimu, is the first and only political figure in Nigeria who understands and is strongly engaged in addressing problems relating to the absence of specific components of the country’s democracy.

He asserted that Asiwaju Bola Ahmed Tinubu is “the first and only political actor in Nigeria that identifies and is intensely engaged in tackling the difficulties associated with the lack of some aspects of democracy since the country restored to democratic rule in 1999.”

He has made considerable steps to solve these issues, including as establishing the Independent Power Project (IPP) to address Lagos’ epileptic power supply and constructing and funding Local Government Development Areas in Lagos State.

“He is an ardent supporter of state police, which contributes to the nation’s current sense of terror.” According to Ogundimu, the Federal Police System’s efforts are greatly aided by Lagos’ sponsorship of the Lagos State Rapid Response Squad.

“Based on his track record in Lagos State, Asiwaju Bola Ahmed Tinubu would offer Nigeria with the essential growth and stability,” he stated. He is the only tried-and-true political figure in Nigeria with the ability to bring about the kind of reforms that Nigeria requires.

If Tinubu is elected president of Nigeria in 2023, he claims that “the jinx of the re-branded Greek gift of the military oligarchy under the guise of returning the country to democracy in 1999 would be outright broken, binned, and incinerated in our political arena for the very first time since the interruption of our democratic experiment in 1966.”

Despite the fact that all of the presidential candidates are credible Nigerians who have made contributions to the country’s development, the group argued that Tinubu is the only tried-and-true political actor among the contenders who has the necessary skills to bring about the kind of positive changes Nigerians so desperately need at this critical juncture.

He went on to declare that none of the other candidates had Tinubu’s ability, toughness, and perseverance to lead Nigeria if elected in 2023.

Related Topics:Tinubu and Shetima's presidential ticket in 2023 is gaining momentum.
Up Next

2023: I’ve better qualifications and track record than my rivals – Tinubu.