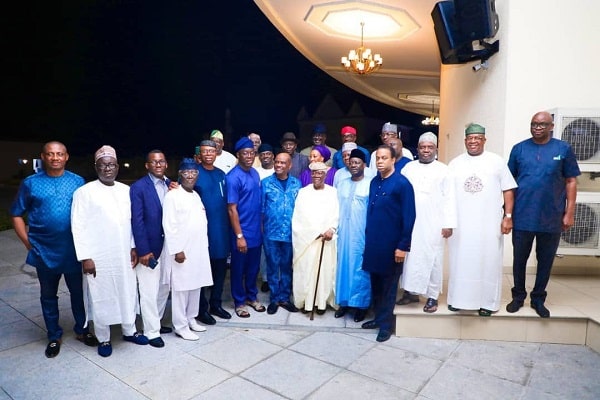 The camp of Governor Nyesom Wike of Rivers State has insisted that the National Chairman of the Peoples Democratic Party (PDP), Senator Iyorchia Ayu, must resign from his position.

Track News Nigeria earlier reported that the Wike’s group disclosed this in a communique read by a former PDP Deputy National Chairman, Chief Bode George, after a strategic meeting held in Port Harcourt in the wee hours of Wednesday.

In the words of th PDP chieftain, Governor Wike and his followers have also pulled out of the campaign Council of the party’s presidential candidate, Atiku Abubakar.

He made it known that members of the Wike team pledged not to play any role in Atiku’s campaign until Ayu resign and a Southerner takes over.

George added that the Wike camp commented that their position was not negotiable as the continued stay of Ayu as the party chairman undermines the unity and constitution of the party.

“Consequently, we resolve not to participate in the campaign council in whatever capacity until the resignation of Dr. Iyorchia Ayu”.

Track News Nigeria says below are the names of those in Wike camp:

Advertisement
Related Topics:Wike vs Ayu: List Of PDP Members That Belong To Rivers Gov’s Group
Up Next

2023: Shettima is unfit to serve as Nigeria’s vice president