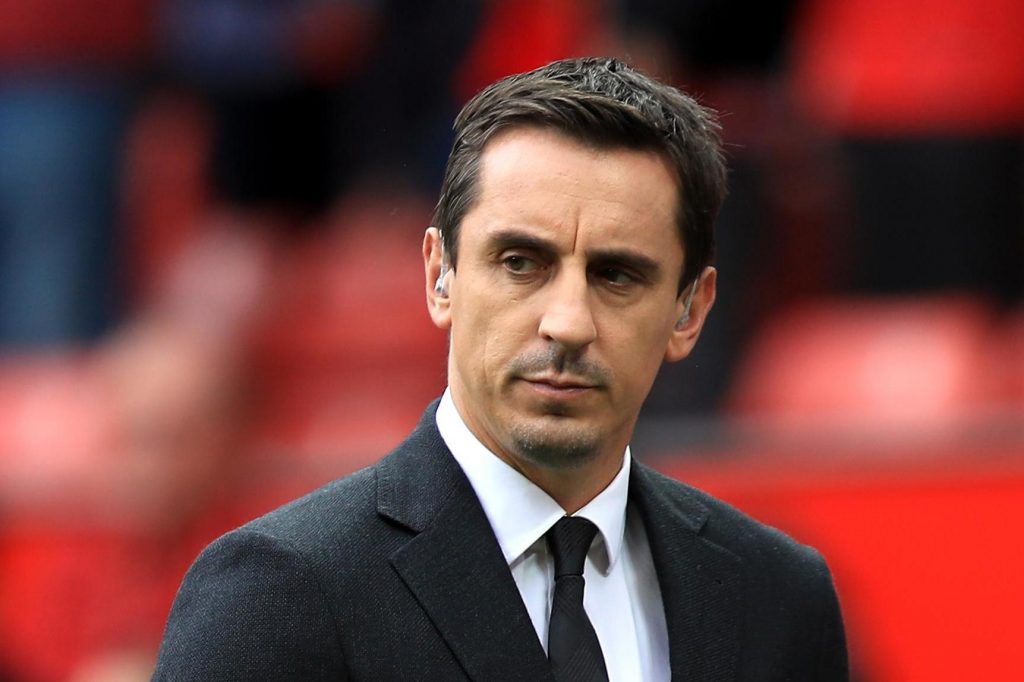 Neville questioned the Spaniard’s decision to make tactical changes too early, claiming he should have learned from Manchester City boss, Pep Guardiola.

United took the lead through new boy Antony, but the Gunners fought back and equalized through Bukayo Saka.

Marcus Rashford then broke away to restore the Red Devils’ lead.

With his team once again searching for a leveller, Arteta chose to make a triple change after 74 minutes.

However, they conceded shortly, with Christian Eriksen setting up Rashford to seal all three points for the home side.

Speaking on The Overlap Fan Debate Xtra, Neville said: “I was really surprised particularly coming through the Pep Guardiola school.

“Why did he go the way he did, so far out with 20 minutes to go? Kieran Tierney’s on the bench, he could have kept the balance on that left

Related Topics:You forgot what Guardiola taught you – Neville slams Arteta over Man Utd defeat
Up Next

UCL: It looks like you’re fighting with Chelsea squad – Townsend slams Tuchel after defeat to Zagreb