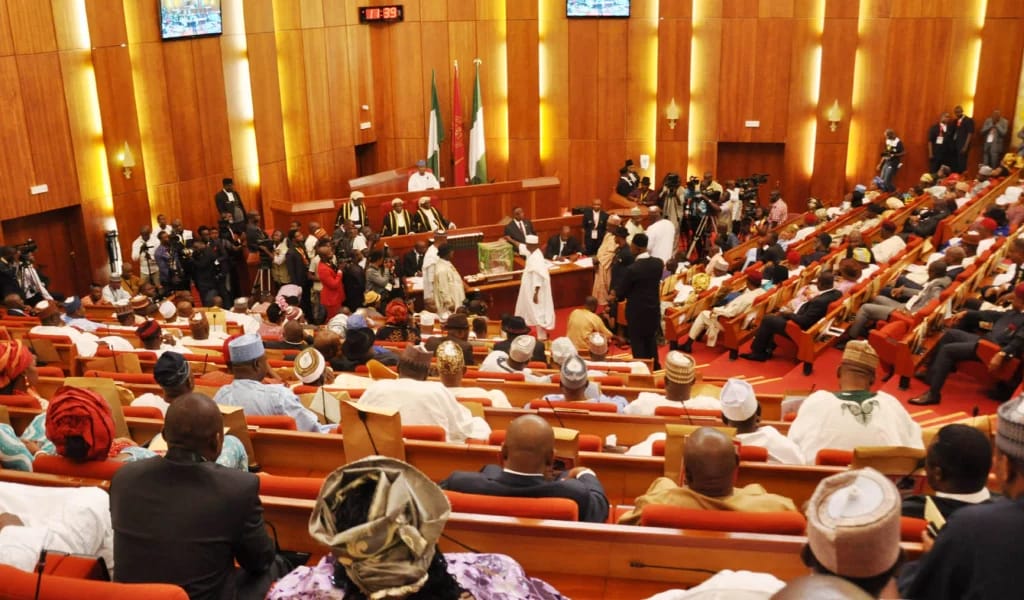 The Nigerian Senate, Tuesday urged the Central Bank of Nigeria, CBN to extend the mop-up of old Naira notes to 31st July 2023.

The upper legislative Chamber through an adopted resolution arrived at the new deadline after a thorough debate.

This was against the backdrop of the earlier resolution in December 2022 which the lawmakers said, was jettisoned by the Apex bank.

Track News recalled that the denominations of N200, N500 and N1000 notes have been redesigned and were already in circulation.

The redesign has been trailed by heavy criticisms, citing the timing as insensitive as a result of the general election coming up next month.

Meanwhile, the call for a fresh extension was a fallout of a motion sponsored by Senator Sadiq Suleiman Umar representing Kwara North Senatorial district, in which he said: “the new notes were not enough in circulation”, warning that if the deadline was not extended, there would be chaos in many parts of the country

Advertisement
Related Topics:BREAKING: Redesigned Notes: Senate directs CBN to extend mop up by 6 months
Up Next