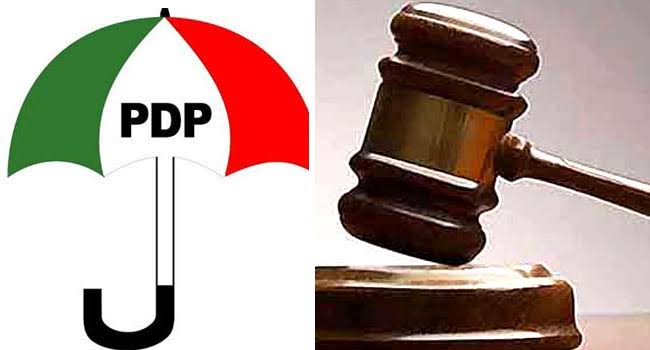 A federal high court sitting in Gusau, Zamfara state, on Tuesday nullified the election of Dauda Lawal as the governorship candidate of the Peoples Democratic Party (PDP).

TrackNews Nigeria reports that Lawal had polled 431 votes to win the governorship ticket in the party’s primary held on May 25, 2022. Three other aspirants, Abubakar Nakwada, Wadatau Madawaki, and Ibrahim Shehu-Gusau, had earlier withdrawn from the race, alleging irregularities.

Delivering judgment this morning (Tuesday), Justice Aminu Bappa ruled that PDP will not field any candidate for the 2023 governorship election in the state.

This is the second time that the court will annul PDP governorship primary in Zamfara. The first time was in September.

Addressing newsmen after the ruling, Ibrahim Aliyu, counsel to the plaintiffs, expressed satisfaction with the verdict, describing it as a victory for Democracy.

With Tuesday’s ruling, a fresh primary is expected to be conducted to produce a governorship candidate.