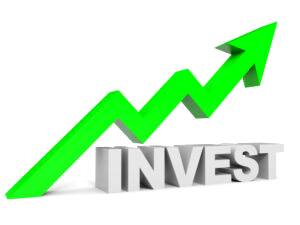 The FPI represents the value of foreign investments in the Nigerian stock market.

Analysts believe that the higher balance in the FPI position is due to investors’ inability to move their money due to a lack of foreign exchange.

Analysts attribute this rise to increased investor confidence as a result of several changes in the market environment this year.

“Through regulatory interventions by the Securities and Exchange Commission, SEC, and the Central Bank of Nigeria, CBN, new rules have been made to regulate several unregulated practices in the capital market, particularly margin trading,” analysts noted.

“We are not surprised at the increase in the Foreign Portfolio Investments, which was due to a lack of Foreign Exchange that prevented the foreign investors from repatriating their funds; they rather buy back stocks and dividends received, which cannot be taken away,” said Mallam Garba Kurfi, analyst and CEO of APT Securities & Funds Limited, of the FPI position. They would rather buy more stock. Few have decided to bring in additional funds to capitalize on the low stock prices.”

“As a result of the Naira’s depreciation, we expect more inflows to take advantage of low-priced stocks, as most blue chips are trading at 53-week lows,” he said of Q4’22 projections.

“The desire to move capital around the world for greater portfolio return (capital mobility) and the effect of inflation on nominal values may be responsible for the nominal increase in the value of investments by foreign portfolio investors,” said Tajudeen Olayinka, an investment banker/Chartered Stockbroker. However, the fact that such capital flow had no effect on the economy or markets suggests that rising inflation and exchange rate movement were largely responsible for the level of increase seen in the first nine months of 2022.

“Because the figure for retail investors is also a nominal value, inflation and dividend reinvestment may have contributed to the increase in the nominal value of investment by that class of investors.”