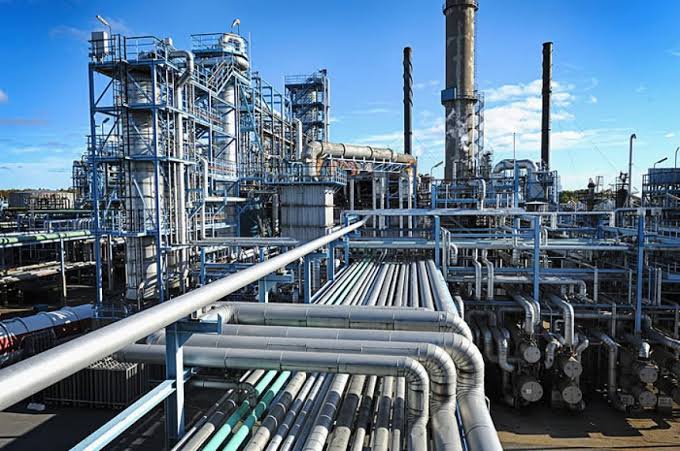 Since Russia’s invasion of Ukraine in February this year, European countries have been scrambling to wean themselves off Russian energy and looking for alternatives elsewhere. With Africa’s biggest gas reserves, Nigeria could have been the biggest beneficiary had projects started in the 1990s been completed.

The OK LNG project, which started in 2005, was stalled because all the international oil companies (BG, Shell and Chevron) withdrew from the project, with only the Nigerian National Petroleum Corporation (NNPC) left.

The Brass LNG project, which was designed to produce 10 million metric tonnes per annum, was to be built by the NNPC, Total, ConocoPhillips and Eni Group. But ConocoPhillips withdrew from the project in 2013.

Olokola LNG, according to the state-owned oil company, is a greenfield LNG designed with two trains to produce about 12.6 million tonnes per annum (MTPA) of LNG, 1.25 MTPA of Liquefied Petroleum Gas (LPG) and 1.04 MTPA of condensate as by-products.

But the project, which was originally owned and whose Memorandum of Understanding was signed as an integrated enterprise by the NNPC (46.75 percent), Chevron (19.5 percent), Shell (19.5 percent), and BG (14.25 percent), became stalled when all the international oil companies (BG, Shell, and Chevron) withdrew from the project.

“Definitely would have been a profitable venture to Nigeria at the current state of global demand for LNG. But concerns by IOCs pertaining to the project economics and investment justification of the Olokola LNG project caused a delay for final investment decision (FID), hence the abandonment of the scheme,” said Etulan Adu, an energy professional.

He said: “A similar situation occurred with the Brass LNG, resulting in the FID not being reached. These abandoned projects would have created more than 20,000 jobs locally during construction and thousands of jobs when operational.

“With high demand for global LNG, the inclusion of natural gas in Europe’s energy transition agenda and the cut from Russian gas, Nigeria would have been a significant benefactor from the current energy crisis in Europe and other parts of the world.”

The Brass LNG project, also a greenfield project, is located in Brass Island, Bayelsa State. It was to be built by the NNPC, Total, ConocoPhillips, and Eni Group.

However, the project designed to produce 7.7 MTPA of LNG utilising the APCI LNG Process technology saw ConocoPhillips withdraw in 2013.

Due to the lack of will, the federal and state governments have failed to enable those projects despite the intention to become a haven or hub for LNG and petrochemicals, according to Jide Pratt, an oil and gas consultant.

“We as a nation are losing revenue daily from not moving those projects from mere projects to cash cows,” he said. “We have to enable the clime and bring in long-term investors on a Public Private Partnership model that is commercially viable/bankable, and we can start to earn as against project revenue.”

Recently, Timipre Sylva, minister of state for petroleum resources, said the Federal Government was seeking new investors for the abandoned LNG projects in the country.

Meanwhile, European countries are betting on African countries with smaller reserves due to Nigeria’s intractable energy sector. According to the International Energy Association, 60 percent of energy investment in Africa went to fossil fuels in 2021, with total annual energy investment around $90 billion. Nigeria LNG train 7 is still the only significant investment recorded in Nigerian gas in about a decade.

Related Topics:Nigeria misses millions of dollars on failed BrassOlokola LNG projects
Up Next