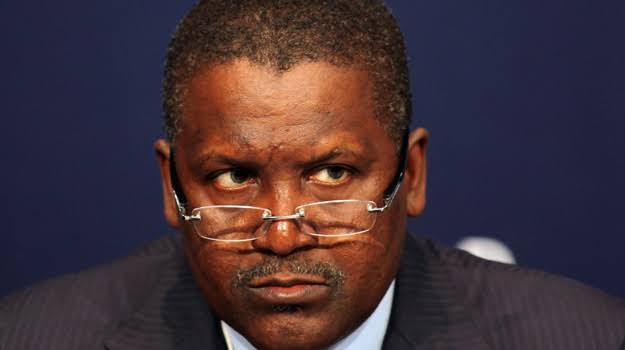 The National Industrial Court has lambasted and purnished Africa’s richest man and the 67th richest person in the world, Aliko Dangote and his cement company for abusing, maltreating and oppressing his staff.

Ironically, the majority of Dangote’s fortune is derived from his 86 per cent stake in publicly-traded Dangote Cement. But despite his staff being the backbone of his fortunes, they have continually been objects of some form of abuse and unfair treatment by his company, Dangote Cement.

This is as the Presiding Judge, Lokoja Judicial Division of the National Industrial Court, Hon. Justice Oyebiola Oyewumi declared Dangote’s act of withholding a staff, Mr. Malafa AbdulAzeez’s salaries and entitlements as unlawful, abusive and oppressive. The judge further awarded the sum of N645,780.00. (Six Hundred forty-five Thousand, Seven Hundred and Eighty Naira Only) the equivalent of Malafa’s 3 months’ salary as damages and N100,000 as cost of action.

The Court held that an employee is entitled to his wages, as withholding it amounts to withholding the very life of that employee or sniffing life out of him.

Justice Oyewumi ruled that the non-payment of Mr. Malafa’s salaries and entitlement is illegal, unlawful and unconscionable and should be paid forthwith.

The Claimant- Mr. Malafa AbdulAzeez had submitted that he was employed by Dangote Cement in 2003 and after his employment was terminated on 13th May 2019, he went to the office in line with the directive in the letter of termination to finalize the release of his salaries/entitlements and was told that he will not be paid.

Mr. Malafa contended that the non-payment of his salaries and entitlements by the company since September 2018 (except February 2019) is illegal, unlawful, abusive and humiliating.

However, the defendant- Dangote Cement made a physical appearance but failed to file any defence to the suit.

The claimant counsel, Nyenke Ikpendu C.J. Esq submitted that the failure of the firm to call evidence in the matter should be adjudged that the defendant has no defence to the action and his client has proven his entitlement to the reliefs sought by his unchallenged statement on oath, urged the court to grant the reliefs sought.

In a well-considered judgment, the presiding Judge, Justice Oyebiola Oyewumi noted that the failure of Dangote Cement to cross-examine the claimant even when given the opportunity to exercise the right operate as a tacit acceptance of the truth of the testimony of Mr. Malafa.

Justice Oyewumi stated that the right given to an employer under a master-servant relationship does not include the right to deny an employee his lawfully accrued earnings after the termination of employment.

“From the above, it is not in doubt that Claimant having worked for the defendant is entitled to be paid and the defendant does not have any power to withhold it and is in law estopped from withholding his salaries and entitlements from him without any justification. An employee is entitled to his wages and he cannot be denied same under any guise or excuse.”

In January, Dangote was ranked the 97th richest person globally, with a net worth of $19.2 billion. In February, the Nigerian billionaire moved up the ranking to become the 83rd richest person in the world, vaulting over popular Russian businessman and owner of Chelsea Football Club Roman Abramovich, who is now ranked 149th on the list of the world’s 500 wealthiest people.

As of March 2022, Dangote moved up the rankings, becoming the 73rd richest person globally with an estimated net worth of $20 billion. The launch of his newly built $2.5 billion fertiliser plant in April, coupled with the surge in Dangote cement behemoth’s shares, has seen his net worth exceed $20.7 billion.

The 64-year-old Nigerian businessman’s wealth has surged by over $1.5 billion this year, but despite the growth, staff have continued to lament poor working conditions.

Advertisement
Related Topics:Court fines Dangote for abusingmaltreatingoppressing staff
Up Next