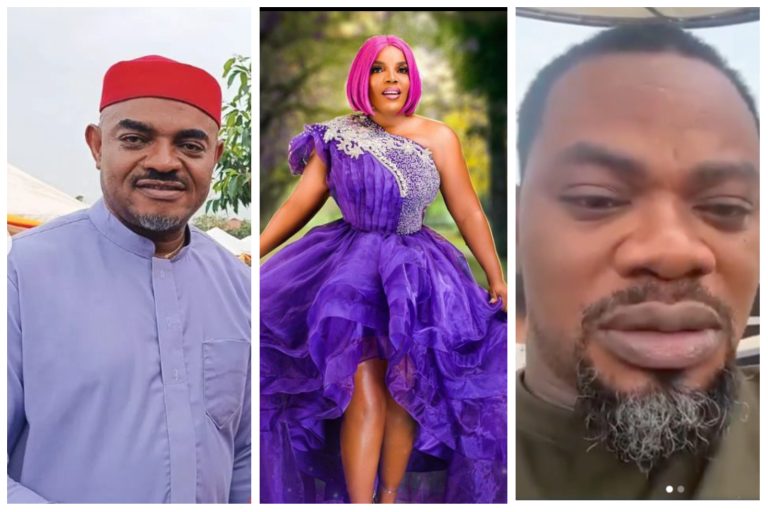 The President of the Actors Guild of Nigeria (AGN), Emeka Rollas has spoken on the nude video of Nollywood actress, Empress Njamah, following the relationship saga with her estranged lover, Josh Wade.

Tracknews earlier reported that Josh Wade, who Empress described as a blackmailer, began releasing her nude videos on Monday, January 2, 2023.

The alleged blackmailer created a WhatsApp group where he added multiple people and began posting nude videos of the Empress he took in her house.

Some of the footage shared on the WhatApp platform include unclad videos of Empress Njamha taking a bath.

Despite the calls that he gets locked up, the Liberian revealed plans on making the actress a p*rn star, stating he would be updating daily nude videos throughout the 365 days of the year.

In a statement on Thursday, January 12, 2023, titled ‘AGN stands with Empress Njamah’ the National President of the Actors Guild of Nigeria, Emeka Rollas, vehemently condemned the release of the nude videos.

Emeka, while describing the act as evil and unacceptable, said Josh aimed at ridiculing the actress’s image in the public.

He further called on the law enforcement agents to apprehend Josh Wade and ensure he faces the full wrath of the law.

The statement read: “The National President of the Actors Guild of Nigeria, AGN, Ejezie Emeka Rollas,MON, vehemently condemns the release of private videos of our member, Empress Njamah on social media

“This act of blackmail calculated to smear the image and publicly ridicule her by a man who claimed to be her lover is not only criminal but also evil and unacceptable.

“It is worthy to note that exposing nude videos and photographs of a person that injure her right to privacy is a serious offence.

“Actors Guild of Nigeria stands with Empress Njamah on this and shall provide full support in areas of counselling to help her recover from the psychological and emotional trauma she is currently passing through.

“We have been in forefront of campaign of violence against women and we view the action of this so-called evil lover man as an act targeted at eroding her dignity and self-respect.

“We call on the law enforcement agents to apprehend the culprit and ensure he faces the full wrath of the law for violating the right and dignity of Empress Njamah.

“We urge her fans to give her their full support at this time. She will come through this stronger and better.”

Claiming I aborted twice was all cruise – BBNaija’s Phyna