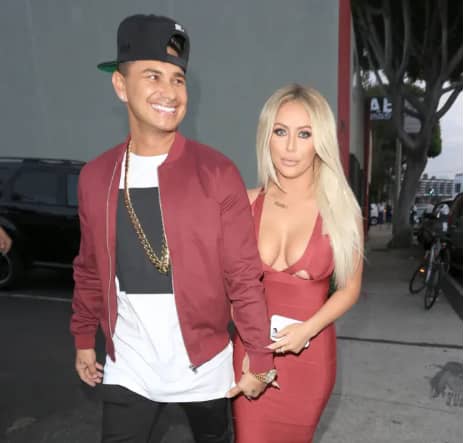 Aubrey O’Day, 38, claims she “learned” she was single after finding out her boyfriend Pauly D, 42, “fingered two waitresses” while filming Season 1 of Jersey Shore: Family Vacation.

The American singer made this known during a recent appearance on SiriusXM’s The 10s Spot radio show, Mack In The Morning.

Aubrey disclosed during the recent interview: “Everyone thinks we broke up at ‘Marriage Boot Camp.’ That was the last they saw of us. But we got back together.”

She continued: “I was with him all the way up until he left for ‘Jersey Shore’ with the ‘you’re my wife,’ ‘I love you,’ ‘I’ll call you on your birthday; I’ll get my phone back from the producers’.

Advertisement
Related Topics:American singerAubrey O’Day claims boyfriend Pauly D ‘fingered two waitresses’ and that's how she found out she was single
Up Next