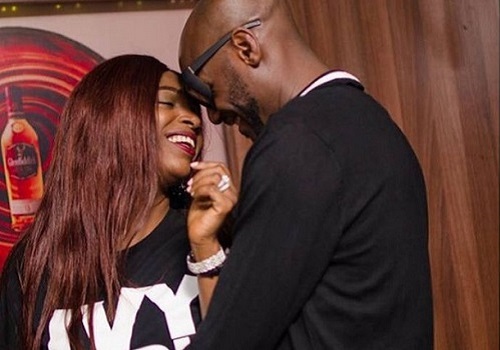 Annie Idibia, 2Baba’s “African Queen,” has declared herself officially deaf to critics of her marriage.

She turned a year older over the weekend, and her husband celebrated with several posts.

However, critics questioned a specific post in which the ace singer was accused of being too simplistic in his message for his wife on her 38th birthday, which many described as ‘unromantic.’

2face captioned Annie’s photo on Instagram on Sunday, “Birthday blessings my Queen, nothing do you.”

In another post, however, the Hypertek Digital CEO shared a photo collage of his beau along with another birthday message, this time expressing his love.

Also, Annie Idibia shares a video with 2Baba titled “We’re Soulmates.”
“Birthday blessings, my Queen,” he wrote. More love and light to you.”

In his most recent post, 2Baba shared a video with his queen in which they are all over each other while his song “Officially Blind” plays in the background.

In the comments section, the reality TV star declared her love for her dearest hubby, adding that her ears will always be closed to critics of their union.

Infidelity: I lost control over my wife — Actor Ninalowo opens up on struggles