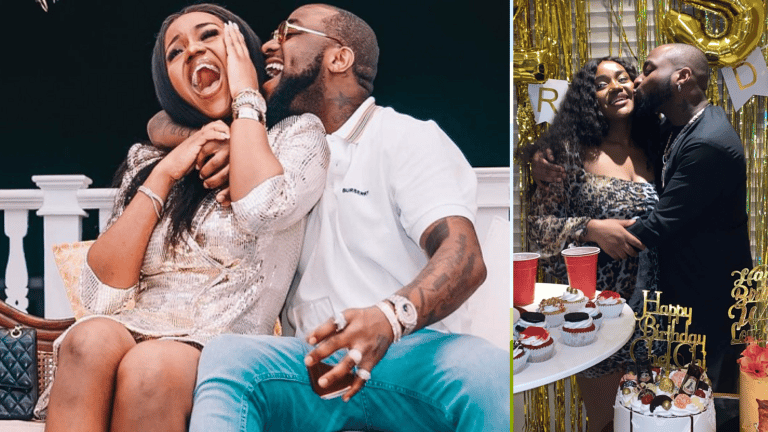 Reports obtained by Tracknews on Sunday alleged that Davido and his partner did their traditional wedding secretly on November 6, 2022.

This development is coming weeks after the news of their son, Ifeanyi Adeleke‘s death broke the internet.

The devastating news left many Nigerians, especially their fans, in mourning for days after it was confirmed by the Lagos State Police Command that the Ifeanyi had drowned in a swimming pool in her father’s Banana island mansion in Lagos.

However, while the lovers have since remained mum over the incident, reports emerging today alleged that they did their traditional wedding days after the child’s death and was reportedly attended by a few family and friends.

It was reported that the wedding was done at Davido’s father’s house in early November, before Ifeanyi’s burial, with no camera allowed.

It was further gathered that Chioma’s bride price was paid in full for the ceremony to take place.

Tracknews recalls that Davido had before Ifeanyi’s untimely death informed the general public that he and Chioma would get married in 2023.

The traditional wedding, however, had been reportedly moved forward following the tragedy that recently befell the celebrity couple.

Reports alleged that Chioma, following her son’s death, had told Davido that there was nothing more left for her to be looking at as Ifeanyi who bound them together was no more.

Davido according to reports, immediately move the traditional wedding forward ostensibly to console Chioma and assured her that with or without Ifeanyi, her place is secured.

The Adeleke family is reportedly doing everything to make the couple happy.

“Will My Boyfriend Marry Me” – “Comedian Ashmusy Doubts