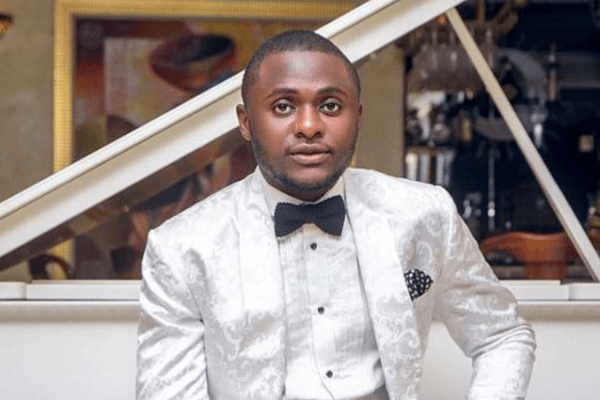 Nigerian music executive, Ubi Franklin, has opened up about battling depression, despite being financially buoyant.

Tracknews reports that Ubi made this known during a podcast with Tea with Taypod stating that in 2017 he had almost $5 million, and bought the best care but was depressed.

According to Ubi, at the time his marriage with Nollywood actress, Lilian Esoro crashed, he had thought that it was due to lack of money to fund things.

However, when he made so much money after the crash of his marriage, he still felt sad because he didn’t have a home, family, or someone like Nigerian singer, Iyanya to share the success story.

Ubi Franklin noted that for people like him, their wealth is not about showing off but is evident in the life of their spouses and children.

He said: “In 2017, I had almost $5 million but was depressed. I had the best cars. I felt my marriage crashed because I had no money to fund things. A year after my marriage crashed and I was almost on $5 million for investment I did from crypto back in the days, I was sitting on that kind of money doing business and everything but I didn’t have a home or somebody like Iyanya to make that kind of financial expression on him.

“For some of us our money is not about showing off is for things that are around us to show off, you know, maybe your wife, your children

“There was no fulfillment for me because what I actually planned was not what was going on with me at that time. I had a breakdown of the plan of what I wanted During that depression, I was making mistakes. I spent nights in hotels but he didn’t give me happiness, I traveled to different countries and did things on my bucket list but I was not fulfilled.”

Related Topics:Despite Having $5 Million CashI Was Still Depressed – Ubi Franklin
Up Next