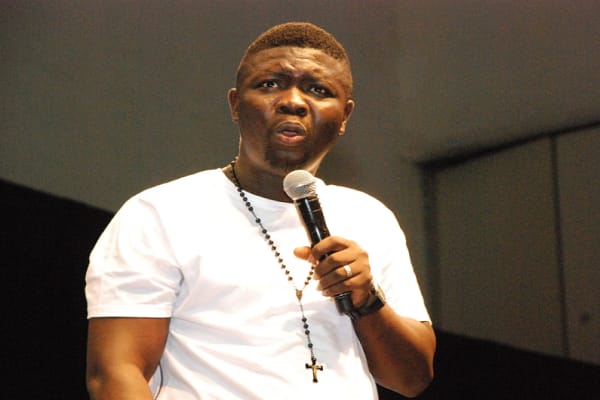 Comedian on stage Seyi Law has weighed in on the ongoing cheating wife scandal.

The comedian wonders why divorced women who claim to be victims of cheating spouses always end up with the same’married men’ as lovers.

He went on to say that such behavior is not motivated by vengeance, and that such women simply show who they are.

Related Topics:according to Seyi Law.Divorced women should not have married lovers
Up Next

Iyabo Ojo is excited with her new love.