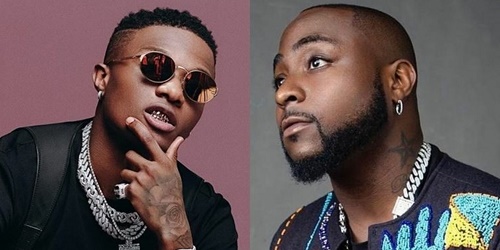 The announcement has thrown the most popular fanbases (the Wizkid FC and 30BG) into a frenzy.
.
Wizzy, via his insta story, stated the tour will follow just after he rounded up with the one for his fifth studio album: ‘More Love Less Ego’.

Though Machala has not stated the date for the joint tour with OBO, he advised the fans and everyone else who has prayed for this to save up because it certainly won’t come cheap to have them grace the stage in one show.

Captioning the post, the Big Wiz wrote: “After my ‘MLLE (More Love, Less Ego)’ tour!! Davido and I going on tour! Save your coins! I no wan hear pim.”

Related Topics:Excitement as Wizkid announces joint tour with Davido
Up Next

We rise by avoiding others in 2023 – Peruzzi