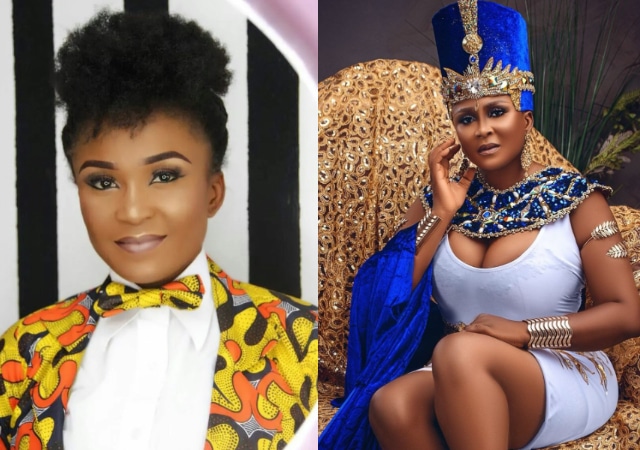 Nollywood actress, Ruth Eze, has shared a different view about infidelity in marriage as she says she will comfortable marry a cheating spouse.

Tracknews reports that the actress made this known in an interview with PUNCH as she speaks about her lifestyle.

The actress opined that every man cheats and women should come to terms with the statement and live in peace.

According to her, she will comfortably go for a rich cheating partner because a poor man would also cheat stressing that men love different women the same way they like different soups.

She said: “I will comfortably go for a rich cheating partner because the poor one would also cheat on me. The way men like different soups is how they like different women. The truth is that there is one particular soup a man likes very much. But, that does not mean they won’t test other soups. If one knows that, as a woman, one would know peace.”

In her words: “Women should not depend on men for money. It is good to be independent as a woman. But, it is not a crime to enjoy your man’s money.”