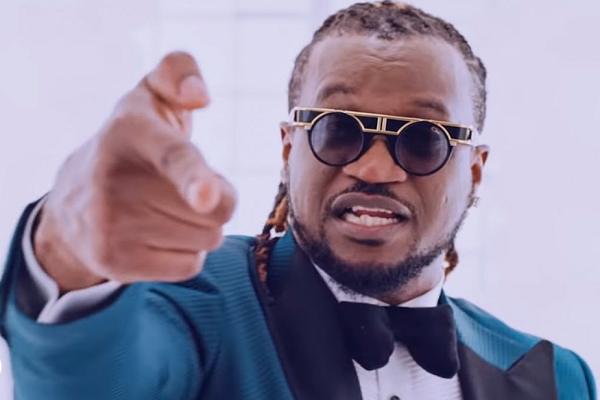 PSquare twin Paul Okoye aka Rudeboy has lambasted a troll for questioning the character of his presidential candidate.

The singing sensation got into a heated row with a troll on Twitter after he referred to Peter Obi as a ‘failed Governor’ and corrected his misspelled word.

The exchange began after Rudeboy fumed about a certain person in white beard, who was conspicuously absent with his principal for the Arise TV presidential town hall meeting last night but decided to attack Obi who was present.

He wrote: “The mumu with white bear bear is somewhere outside the country while the town hall series is taking place in Nigeria and also his candidate is not present, still has the Gods to be attacking PO oga where is your principal?”

Commenting under Rudeboy’s tweet, the troll said: “Olodo Psquare its spelt guts not Gods ..Otondo ..na person like u wan convince me to vote a failed governor like Peter Obi.”

Enraged by the troll’s remark, the entertainer assured him of 8 years of suffering if he votes a ‘rubbish’ candidate.

“I don’t need to convince you …. I just de pity you if you like vote rubbish…. 8years of suffering awaits you ….. check your life and check mine the difference is clear”, the singer stated.

Related Topics:eight years of suffering awaits you – RudeboyIf you like vote rubbish
Up Next