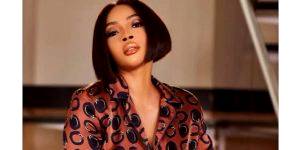 Toke Makinwa, a television host, has revealed that she was robbed in London of her valuables.

Toke revealed the robbery incident on her Snapchat three days after the wedding.

She stated that the burglars had taken her belongings and that she was baffled as to how such an incident could have happened to her.

She wrote, “Just got robbed in London.” I’m totally speechless. My valuables have all vanished. Gosh! “How could something like this have happened to me?”

Yemi Alade, a Nigerian singer, posted on Instagram earlier this week about being robbed after traveling to Abidjan, Cote d’Ivoire, to perform over the weekend.

The intruders, she claimed, broke into her hotel room, searched her belongings, and stole every last dollar they could find.

“A few minutes after I left my room, some unknown people decided to raid my belongings and steal all the money they could find,” she wrote.