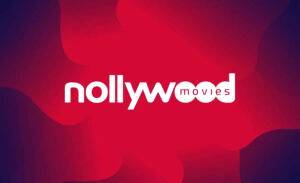 Odunlade Adekola, an actor and filmmaker, has urged federal and state governments to support the country’s film industry in order for it to create jobs and earn foreign exchange.

Adekola made the announcement while speaking with reporters on the sidelines of his first award, the ‘Odunlade Adekola Films Production (OAFP) Award 2022,’ in Abeokuta, the capital of Ogun State.

The acclaimed actor, who acknowledged that the film industry is also affected by the current economic downturn, urged private organizations and financial institutions to invest in the film industry.

“If the government, private sector, and financial institutions can invest heavily in the film industry, it will go a long way toward bringing large financial foreign exchange earnings into Nigeria while also reducing unemployment,” he says.

“As you can see, we’re not doing too badly, and we’re getting better every day.” We can do even better with help from the government and other stakeholders.”

Aside from acting, Adekola trains people with interests in acting, film production, directing, and other areas in order to impact knowledge, share experience, and propel the industry to global prominence through his ‘Odunlade Adekola Film Production, OAFP School.’

In this vein, the OAFP award 2022 was established to recognize and encourage production crews in the film industry, particularly those working behind the scenes and those who have distinguished themselves.

He promised that the award would be an annual event in which talented individuals would be recognized in order to promote the industry.

“In addition to providing relaxation and entertainment through comedy films, we also provide life lessons and knowledge.” We have a significant impact on society, and this is an effective means of communication for advertisers to reach their target audience.”

UPDATE: JMK is now a Barrister & Solicitor of The Supreme Court of Nigeria