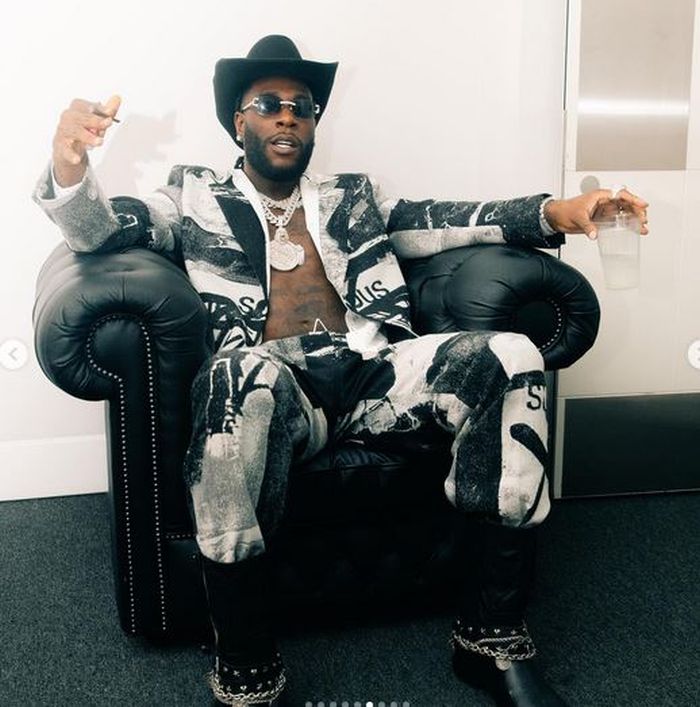 Burna Boy continues his streak of victories as he takes home another MOBO Award while defeating Kendrick Lamar, Beyonce, and Drake in the same category.

The African Giant continues to conquer new territories and has added a new feather to his hat of achievements as he secures a win at the MOBO awards.

Burna Boy who had been nominated under the category of Best International Act at the MOBOs alongside the likes of Kendrick Lamar, Beyonce, Chris Brown, Drake and Summer Walker had come out tops as the winner of the award. Other nominees under the category include Jazmine Sullivan, Skilibeng, Jack Harlow and Nigerian fast-rising global act, Tems. 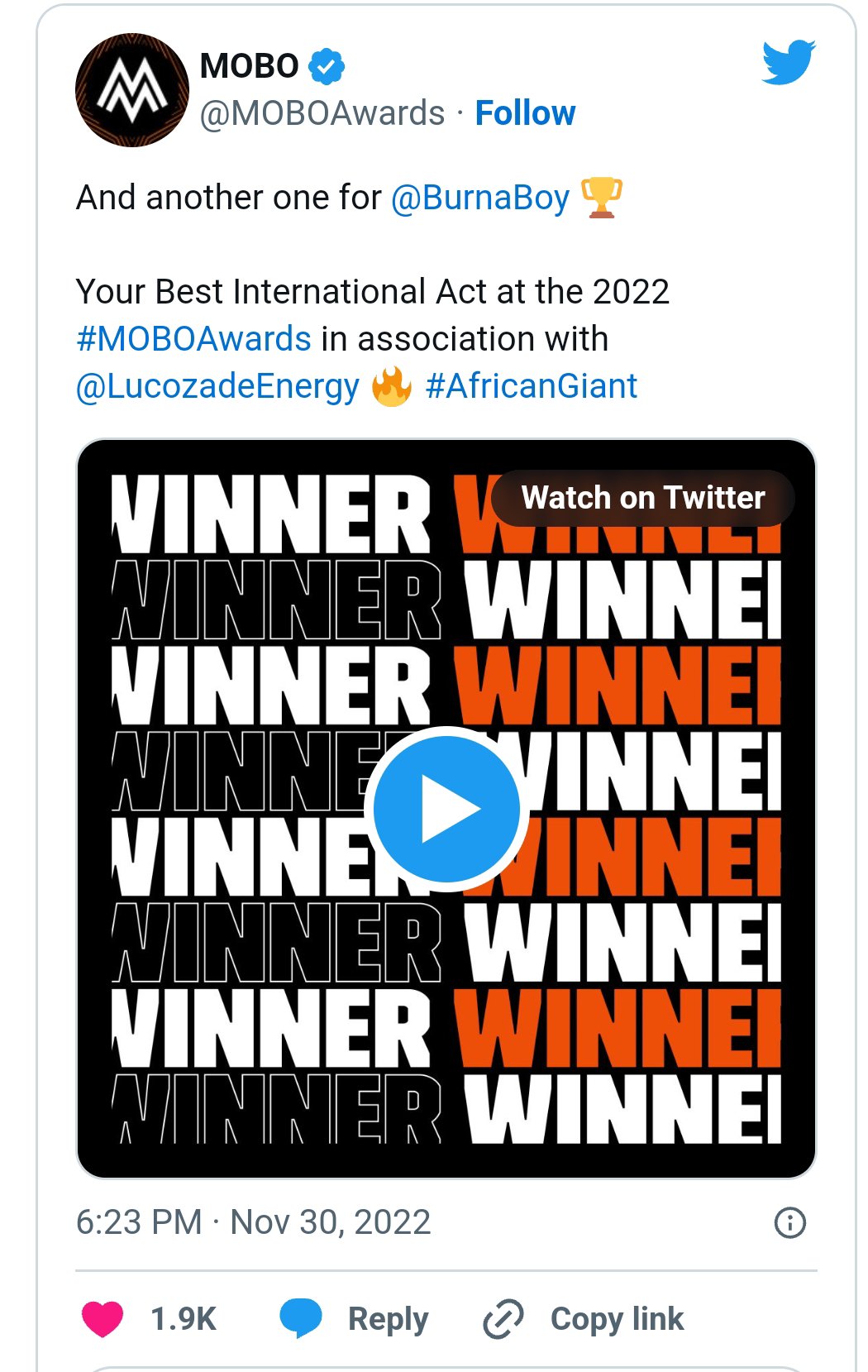 This award makes Burna Boy‘s second award at the 2022 edition of the MOBOs as the singer also secured the nod as the Best African Act, beating Asake, Rema, Fireboy and Omah Lay. This brings the star’s MOBO award wins to a total of three following his 2021 win as the Best International Act.