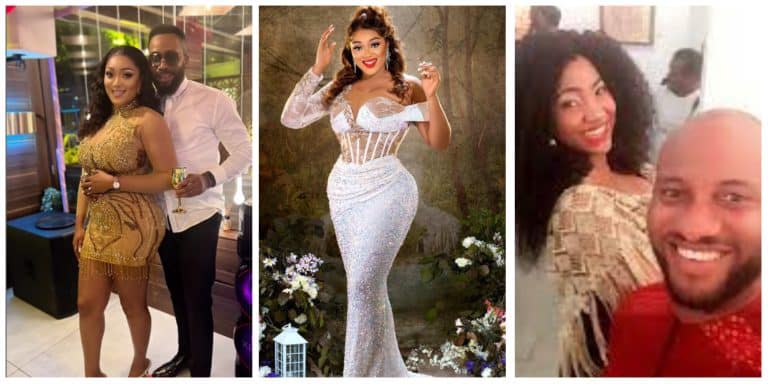 Nollywood actress, Peggy Ovire has slammed a fan who expressed fear about her marriage ending up like that of Yul Edochie and Judy Austin.

Tracknews reports that Peggy who recently got engaged to her lover and colleague, Frederick Leonard, took to Instagram to share a romantic picture of him and another lady.

The actress shared the picture to publicize the new movie of Leonard which premiered on Youtube.

In the picture, Frederick could be seen all loved up with his colleague, Mary Igwe in the movie titled ‘Stay’. 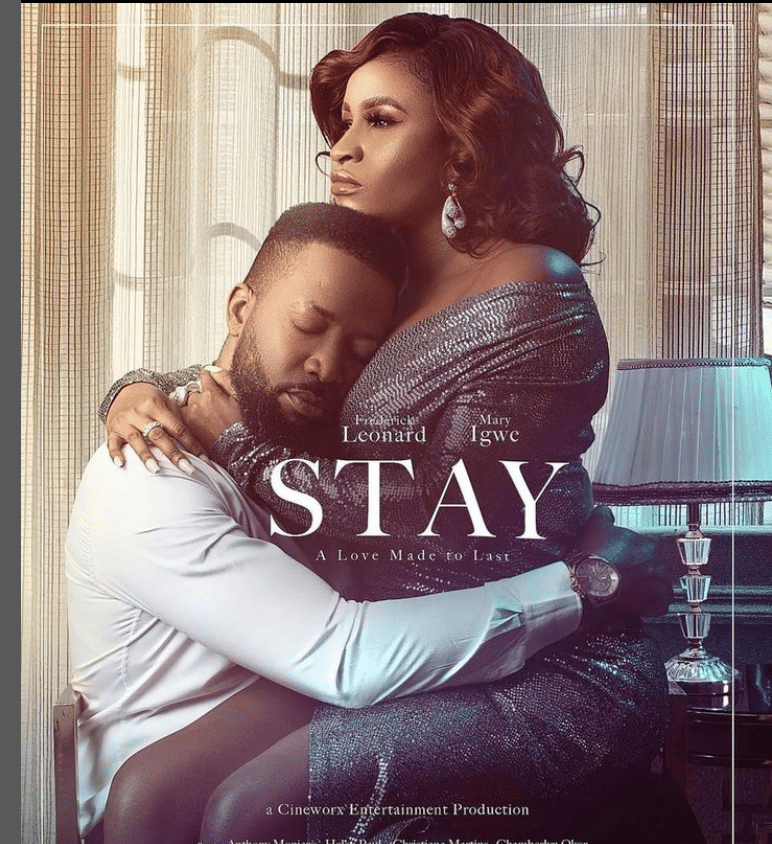 However, a fan of Peggy who seemed not comfortable with the movie poster warned the actress, saying she hopes that Mary Igwe and Leonard do not end up like Yul Edochie and Judy Austin.

Displeased with the statement, Peggy warned the fan to avoid such comments on her page, or else she will get blocked.

The marriage of Judy and Yul has remained on the lips of many Nigerians following the controversies surrounding the marriage.

According to Uche Ogbodo, the movie stars were dating for over six years and many of their colleagues were aware of the relationship before they got married this year. 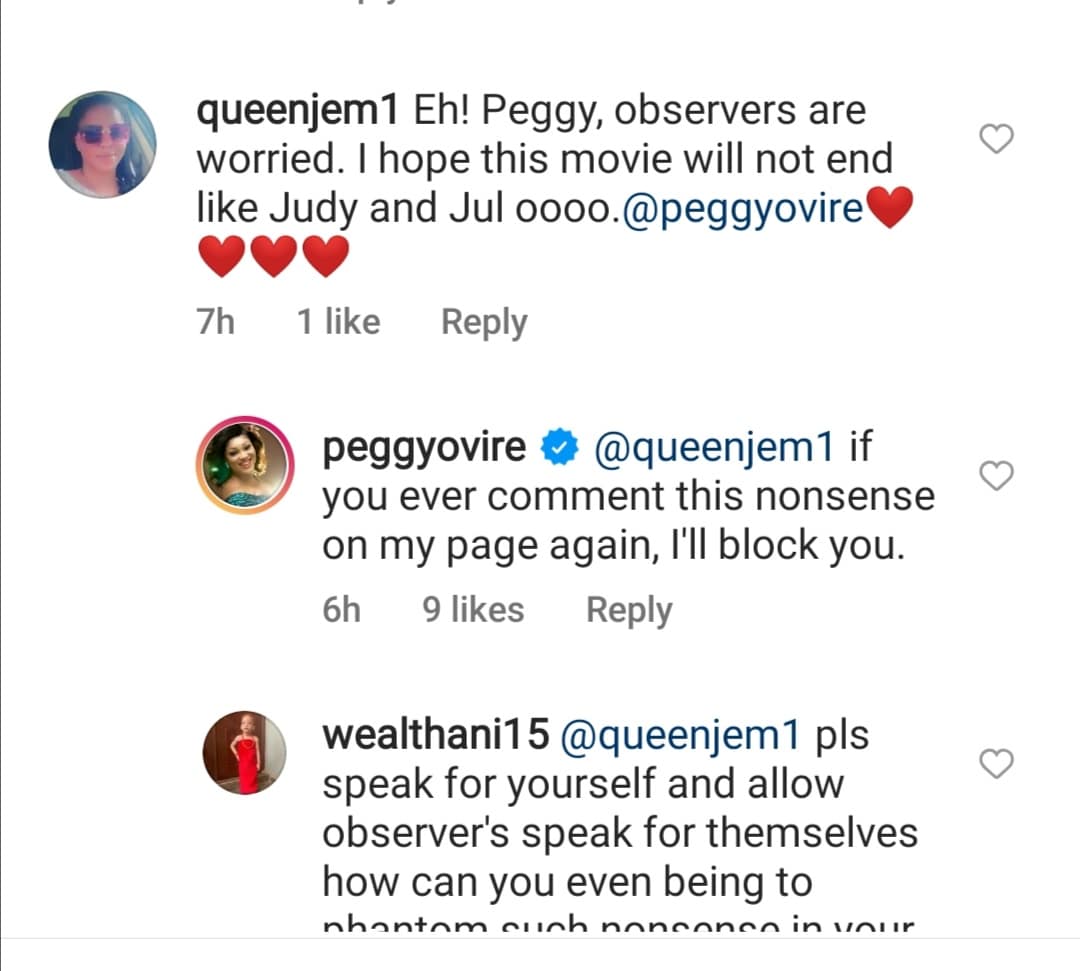 Tracknews reports that Frederick, on Friday October, 21, 2022, went public with their romance as he celebrated Peggy’s birthday on his social media page.

Frederick was later seen in a video sighted on his knees proposing to Peggy Ovire, to which she answers a resounding yes, at the cheering excitement of other Nollywood actors present at the event.

Taking to Instagram, Peggy gushed over Frederick’s love stating that he was her first best friend.

She further appreciated him for loving her despite her stubbornness, praying that God’s favour never departs from his life.

Advertisement
Related Topics:Peggy Ovire Slams Fan Who Expressed Fear That Her Marriage Might End Like Yul And Judy
Up Next

How I Almost Became A ‘Runs Girl’ – Shade Ladipo