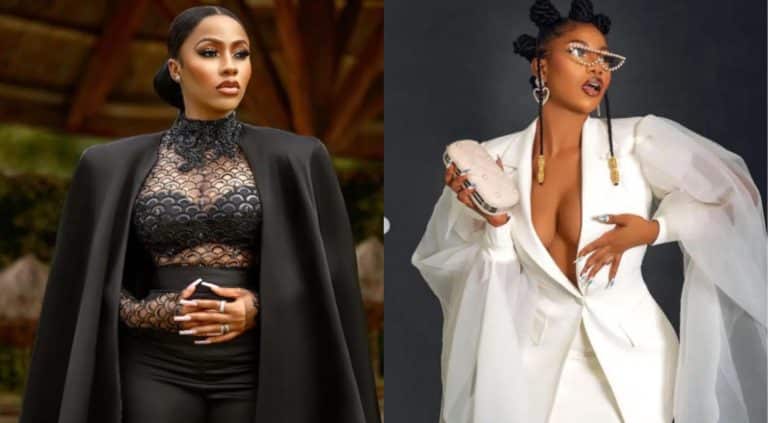 Winner of the Big Brother Naija Season 4 edition, Mercy Eke has thrown a subtle shade after Reality TV star, Tacha disclosed how much her appearance at the Wakanda premiere which held in Lagos over the weekend cost her.

Recall, Tacha via her Instagram page furiously clapped back at a fan who mocked her for posting one too many photos of herself from the Wakanda movie premiere that was held over the weekend in Lagos.

The fan had queried her saying “We have seen enough of this outfit, once is enough, looking great though.”

Tacha, who didn’t find the statement funny responded with a breakdown of how much the whole look from hair styling to her shoes cost over N2million hence the reason she won’t stop posting the photos. 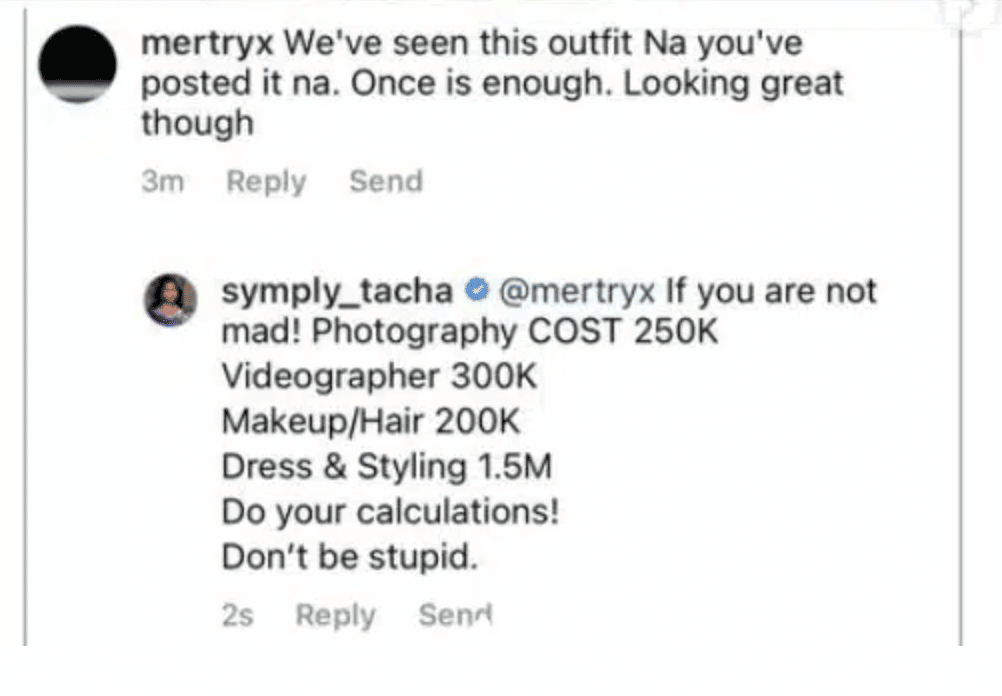 Barely 24 hours after Tacha’s statement, Mercy Eke via her Snapchat opined that people who have money do not make noise about their wealth.

According to the reality star, only empty vessels make the loudest noise.

“Rich people don’t loud it, we see and feel it. Empty vessel make the loudest noise”.

Sickening people doubt I am a girl – Bobrisky