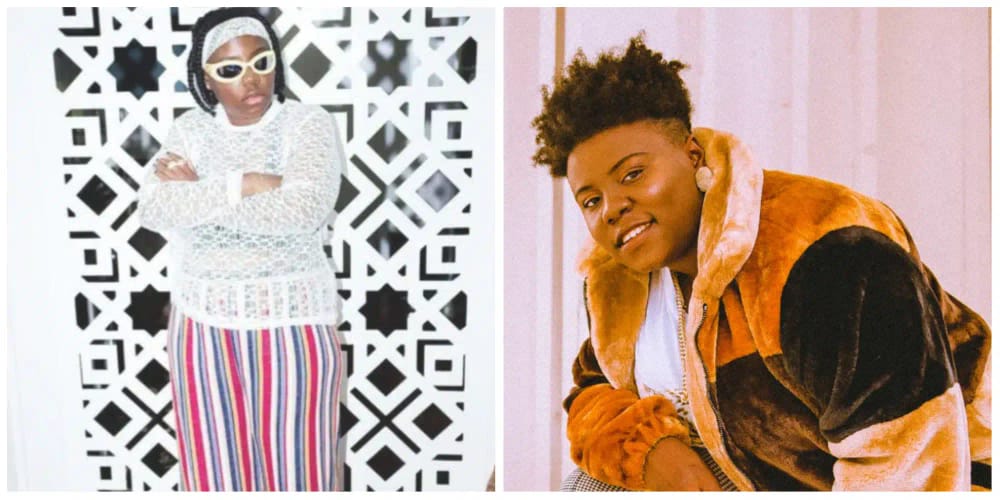 Teniola Apata, popularly known as Teni, a Nigerian singer, has responded to rumors that she will undergo weight-loss surgery.
According to Track News, liposuction, gastric bypass, and other surgeries are common among Nigerian female celebrities.

Many Nigerians have concluded that the ‘For You’ crooner underwent plastic surgery after seeing her new body transformation photos online.

Teni appeared more petite in the photo than her known chubby body size. While many fans praised her, others questioned her decision to have surgery.

Teni responded to the rumors by stating that she lost 75 pounds through diet and exercise rather than surgery, as many people believe.

“Lost 75 pounds without surgery!” she tweeted. Dumb asses who claim I did can sink my ship! ”.

Sophia Momodu Takes the Floor
Meanwhile, Sophie Momodu, the mother of Davido’s first daughter, Imade Adeleke, has revealed why she celebrated the singer’s 30th birthday with a family photo that included all three of his children.

On Monday, Imade celebrated her father’s birthday on Instagram with a family photo of herself, the singer, and his other two children, including the late Ifeanyi Adeleke.

Imade Adeleke had captioned the photo, “Happy birthday, daddy!” “I wish you happiness, joy, and love.”

This did not sit well with fans of the singer, who called out the seven-year-mother old’s for using such a photo, as many suspected she was behind the account.

Fans who were offended said that using such a photo to celebrate the singer was insensitive and wrong.

Sophie responded to the news with a statement on Tuesday, apologizing to fans who were offended by the post.

She went on to say that she is doing her best to guide her daughter through the difficult emotion of grief following her brother’s death, hence the need for that photo to commemorate her father’s birthday.