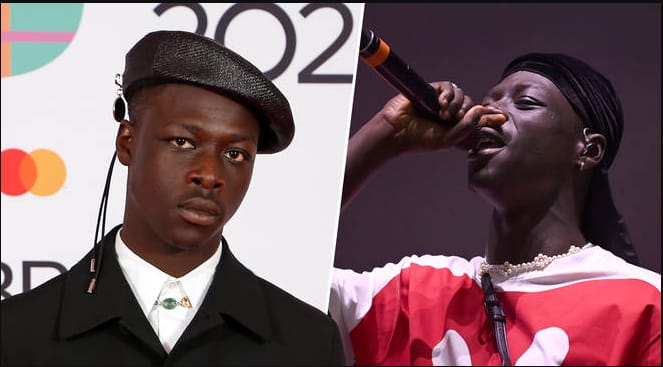 British rapper, Pa Salieu has been jailed for two years and nine months for taking part in a mob attack on a 23-year-old man shortly after his best friend was stabbed to death.

The 25-year-old admitted violent disorder at a previous hearing, having been caught on CCTV using a tree branch to repeatedly hit the victim, who spent ten days in the hospital.

The BRIT Award-nominated artist was cleared by a jury of a second count of violent disorder relating to a mass brawl in a nearby street minutes earlier, which led to the death of 21-year-old Fidel Glasgow, grandson of The Special’s singer Neville Staple.

Salieu was convicted of possessing a bottle as an offensive weapon after telling jurors he smashed and brandished it to defend himself.

Following his arrest, the court heard, Salieu, from Hillfields, Coventry, told police Mr. Glasgow was his best friend and then exercised his right to silence.

No one has ever been charged with Mr. Glasgow’s murder, despite extensive inquiries into disorder following a music event at Coventry’s Club M in the early hours of September 1, 2018.

Passing sentence on Salieu, who appeared in court using his full name Pa Salieu Gaye, Judge Peter Cooke told him: ‘Anyone harbouring the view that you are a young man being hard done by should pause to reflect that despite having a conviction for carrying a knife three years earlier – which resulted in a suspended sentence – in the course of these events you used two bottles and a stick.

Related Topics:UK rapper Pa Salieu jailed over brawl that erupted after his friend was stabbed to death
Up Next

Photos from the traditional wedding of ex-beauty queen, Unoaku Anyadike