An unidentified woman yesterday dropped a 4-5 months baby on a bush path and left a note for anyone willing to adopt the child.

She dumped her baby girl in a nearby bush with a note saying she is tired of life and that she can’t take it anymore because she comes from a poor background.

The child named Purity was later discovered by passersby after close to 3hours of being dumped by the mother. 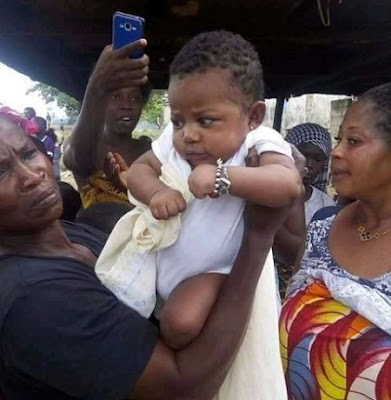 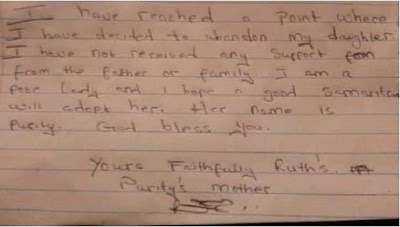 Mother of the abandoned baby, who is said to come from Kabwe region of Zambia, wrote; “I have reached a point where I have to abandon my daughter. I have not received any support from the father or family. I am a poor person and I hope a good Samaritan will adopt her. Her name is Purity.God bless you.”

Related Topics:Mother Abandons Her Baby In A Bush... She Left A Note (Photos) l
Up Next